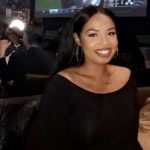 White-Washing My Blackness – Africa Is Not Monolithic

Arusha is slowly starting to feel like a home away from home. I’ve officially memorized my commute home on the dala dala, a small bus often packed with people, and have found a few new favourite spots around town. The fact that the office I work at is right in the heart of downtown makes trying new restaurants a little easier because everything is in walking distance. My favourite place thus far is a small outdoor lunch spot called Themi located right near a river. It’s run by a women’s cooperative that makes local vegetarian food every weekday beginning at 1pm, but they make such a limited amount you must be on time to make sure you get a spot! My cooking endeavours have slowly begun as well, but it’s a little more difficult than I thought it would be. Even the grocery stores here are difficult to maneuver through! I need to go to one store to get my general groceries, a butcher to get my meat and a fruit and vegetable stand. There’s no one-stop shop here and that needs some getting used to. Cooking meals has been hit and miss all week, but everything is a learning process.

Work with the Tanzania Tourist Board (TTB) has also picked up speed. This past weekend Karibu Fair brought together various tour operators, cultural tourism enterprises, tour companies and safari providers under one roof. While TTB did not organize Karibu Fair they where a big partner. Karibu Fair allowed me to begin my job as a communications advisor, specifically I handled all the social media outreach for the Tanzania Cultural Tourism Programme. Before the fair, I highlighted the various Cultural Tourism Enterprises on social media that would be present at the fair promoting the tours they offered. It felt amazing to see their post reach jump from 600 people reached on a weekly basis to almost 2,250 people the weekend after the fair. These little accomplishments make me feel excited to continue working on my mandate! While I might be reaching more individuals, that is only an immediate outcome. I need to keep in mind that intermediate outcomes my mandate is seeking to achieve.

While I’m slowly getting into the swing of things here in Arusha I don’t think I’ll ever get used to being called mzungu, which essentially translates to white person. This title really makes me question my identity that I’ve held my entire life in Canada as a black woman. I thought coming from Canada where I often feel like the minority in the room to Tanzania where the majority of the population identifies as black that I would fit comfortably into the community here. I thought I would feel difference because of my western upbringing, not because of the tone of my skin. Being viewed as “white” has me questioning my connections to the black community here. While in Canada I always understood the privilege I held as being a lighter-skinned black woman, but I never felt as if I had to “prove” my blackness to anyone. Now here in Tanzania I feel as if I need to show pictures of my family to explain that I am the product of two black parents. While initially I felt shock the first time I was called mzungu, now it has become a feeling of a lack of belonging. I’ve always been proud of my African heritage, curly hair and melanin, but now it’s as if I’m being told its not enough. This is such a contrast from the usual pressures in Canada that tell me my curly hair is “unprofessional”. It has also shown me stereotypes of what it means to be an African are also prevalent within Africa. I’m not the only Sudanese or East African person in general with a lighter skin tone, but the media has bombarded us with images that make it seem that the entire continent of Africa is monolithic. It’s disheartening because Africa is filled with diverse languages, religions and cultures! My Swahili has gotten better because I can now say “Mimi si mzungu! Mimi ni Afrika.”, which helps me fight this monolithic viewpoint of an African by saying “I’m not a white person! I’m African”. It’s important for me to also be cognisant of the privilege I hold here as a woman of colour and understand that I may not always be treated the same as my non-POC counterparts. The rare occurrence that someone approaches me speaking Swahili and I meekly reply with a meek “Poli, hapana Kiswahili” has shown me that expectations are different for me. My everyday life here in Arusha is not always a bombardment of people trying to sell me tours because I also don’t fit the typical “tourist” image. As time goes on here I guess I’ll see how or if things change.

xoxo with love from Tanzania