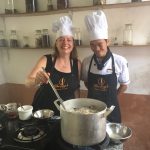 This fall, I travelled 10,694 kilometres out of my comfort zone, to Hanoi, Vietnam, a city of 7.5 million people. I was there to volunteer with Uniterra, a leading Canadian international program North Island College partners with to help employees build intercultural competence while increasing the economic power of women and youth around the world. As one of three NIC employees chosen to volunteer internationally this year, I did not take the responsibility lightly. To prepare for my trip, I sought out Vietnamese movies, books and news stories to understand the political and economic climate. I learned that, despite recent economic growth improving quality of life for many Vietnamese, some sectors of the population (particularly the rural poor, ethnic minorities and female-headed households) do not benefit equally. 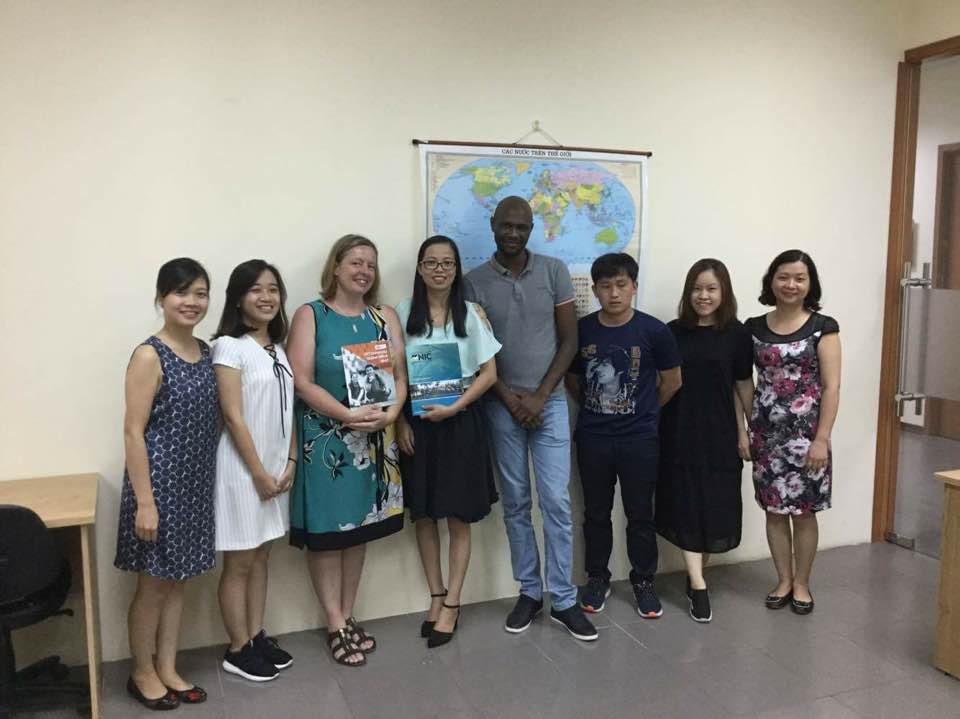 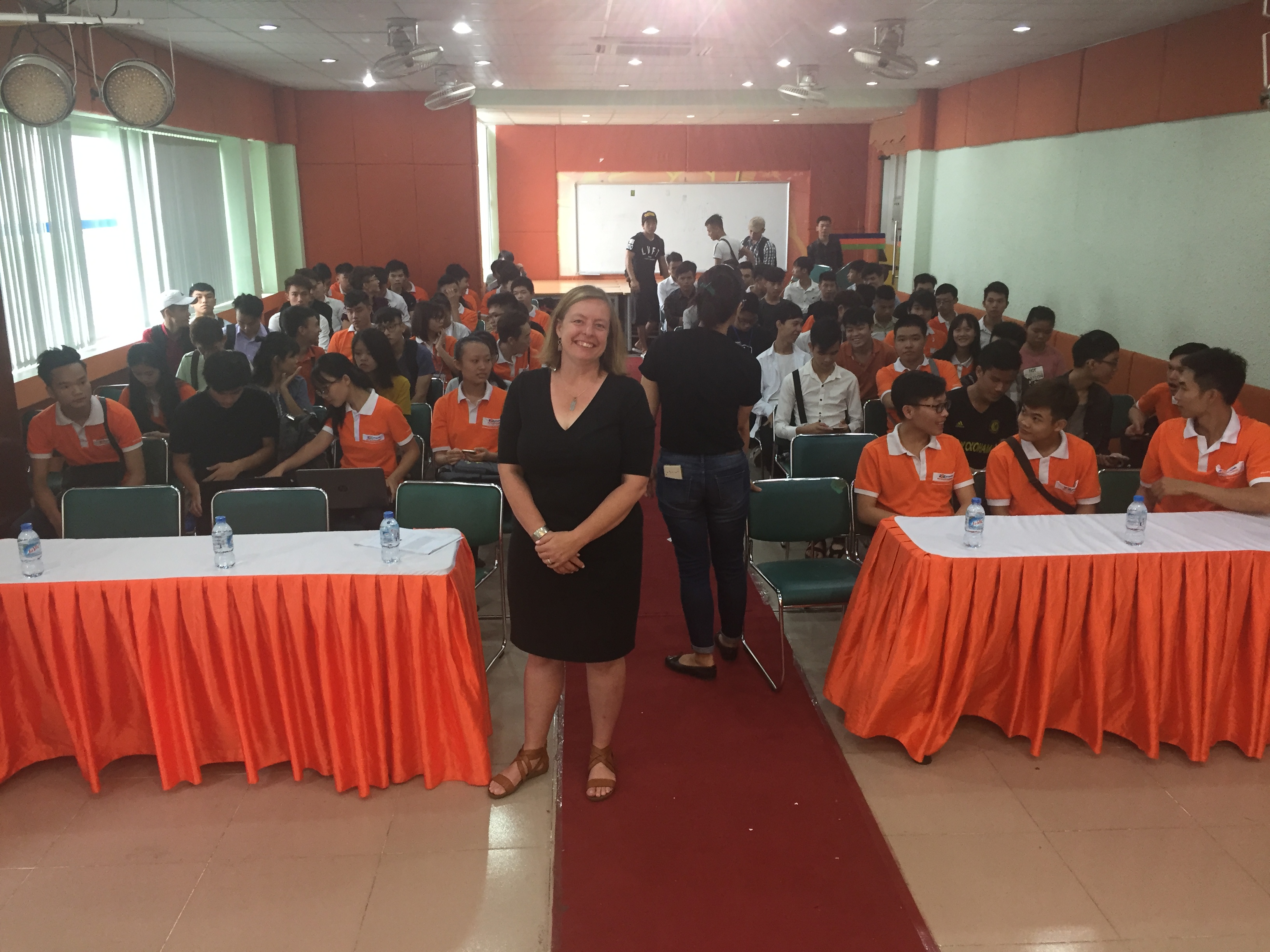 While my official title was communications advisor, my primary mandate was to promote the accessibility of women and youth in program activities. More than once, I wondered if I had what it takes to make an impact. During pre-departure training, we discussed these fears and problem-solved solutions as a group. I had never travelled internationally before so I had a million questions and fluctuated daily between enthusiasm and anxiety.

“Expect the unexpected,” I was told. “Be patient with yourself and others. Keep an open mind and embrace the experience.”

I repeated these words to myself as I arrived in Hanoi on a Sunday morning in late August. Uniterra sent a driver to pick me up at Nội Bài International Airport and transport me to my hotel on Nhà Thờ Street. As I stepped out of the cab, I was welcomed by a cacophony of blaring horns, vendors calling out in Vietnamese, humidity clinging to my pores and bells chiming as a throng of churchgoers gathered outside nearby St. Joseph’s Cathedral, an intimidating neo-gothic Catholic church — and a waypoint for my three weeks in Hanoi.

The office I would be volunteering at was an hour’s cab ride through a claustrophobic, sprawling maze of traffic, which forced me to integrate quickly into city life. I arrived on Sunday and started work on Monday. This saved me from hiding in my air-conditioned hotel room. I returned to the room for refuge a few times in my first week, but every day I forced myself to explore further, walking the loop around Hoàn Kiếm Lake after work, eating street food on tiny plastic chairs that lined the sidewalk and purchasing jack fruit and pomelo from market vendors.

While I was there, I had the great privilege of working alongside Vietnamese men and women. I spent my days planning or facilitating public relations workshops. They saw me as an expert, but I learned far more from them than they learned from me.

My supervisor Vũ Chí Thành patiently translated Vietnamese to English and explained cultural nuances to me. My colleagues invited me to lunch and introduced me to traditional Vietnamese cuisine such as bún chả (grilled pork, noodles and herbs), mien luon (eel vermicelli) and my favourite, cha ca; a delicious grilled fish that I learned to prepare in a cooking class on my day off. I developed a great friendship with Trần Anh, a young Vietnamese woman in the office next to mine. She spoke to me in English, turning to Google translate when we did not understand each other.

I learned quickly that having an impact on the economic growth of a region does not happen in three weeks. In all honesty, the Vietnamese people I worked with were neither poor nor marginalized. They were intelligent community leaders with a passion for building Hanoi’s economy and empowering people through education.

Since leaving Hanoi, I have stayed connected with Vietnamese friends and forged new relationships with the next wave of volunteers as they call me seeking advice in preparation for their journey. I spent only three weeks in Hanoi, but the experience will stay with me much longer. I am now part of a global community — a small ripple in a large wave of change.