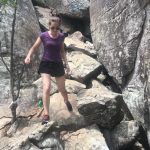 The value of free education

I love the concept of free post-secondary education. That regardless of socio-economic status, everyone has access to education and the opportunities it can bring. In Sri Lanka, education has been free since the 1930’s; after the civil war ended in 2009, education increasingly became a pathway to the future for this war torn nation. However, since starting to teach in Sri Lanka, and noticing that not all students attend class consistently, I question if free education is a wise use of taxes.

I am volunteering at the University College of Ratmalana (UCR), an affiliate of University of Vocational Technology (UNIVOTEC). UCR offers programs, such as fashion design, food technology, and television production, with an aim at providing practical education beyond classroom lecturing and textbook knowledge. This means lots of experienced-based learning. I teach activities such as pretend telephone conversations, leadership games, mock job interviews and team building. I try to make sure that all students get an opportunity to participate; that regardless of their gender, upbringing or future plans, they get the same experience.

Unfortunately, I know that despite my best efforts, they are not all getting the same education experience. There are some students who have told me that getting into UCR was their dream. They have lived in poverty and free education is their chance for a new life. These are the students who absorb knowledge like a sponge. However, there are other students who don’t want to be at UCR. Some would rather be playing cricket, some wanted to go to university but couldn’t get in, some even admit to just sleeping instead of attending class. There are also students who only come a couple times a month, whose stories I don’t know.

Should taxes be used to pay for students who don’t come to class? When it could instead be used for much needed mental health services in a post war era?

I don’t have an answer to this question because while there are students who choose not to come to class there are also those who can’t come to class. They are working to support their family or are caring for sick grandparents. Is it still a waste of money for them? Although they cannot come all the time, the few times they are in class are impactful. These students who struggle to attend but value education remind me of my grandmother, who was raised by an immigrant single mother, and worked long hours in a toxic cleaning plant to buy her daughter a desk. Years later my grandmother, while working full time and raising five children, took one distance course per year for fifteen years to earn her undergraduate degree.  My great grandmother saw the value of education and passed that down to get daughter, her grand daughter and finally to me.

If we remove free education for all, because a few who don’t value it, we would be punishing the many like my grandmother and great grandmother that do see education as the opportunity to move their families into a more peaceful and prosperous future. We would be putting up barriers to marginalized individuals and those who need education the most. Like many issues, there isn’t a clear answer, but I would rather students have an opportunity to learn, and not use it, than have no opportunity at all.