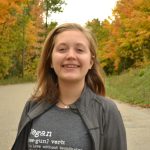 The culture of working and studying abroad

During my time working and living in Kathmandu I have started to notice and understand different parts of the culture, such as simple things like how the locals tilt their head back and forth to say “yes” or “okay.” As I’m working in the youth empowerment and advocacy sector, I’ve also begun to notice and understand thinking patterns of Nepali youth, and in particular, the value they place on moving abroad.

In Canadian and even generally in Western society, there has been a commercialization of studying abroad. In some respects, it is positive, because people experience cultures and atmospheres other than their own, and hopefully begin to understand them. On the down side, often times people go expecting something spectacular and life changing when most often, that isn’t the case.

In that aspect, Western and Nepali culture are similar. On every street in Kathmandu you will see at least one sign promoting working and studying abroad in Australia, Japan, the US, and other countries. A few weeks ago, I attended a training with my host organization, and I was able to interact with some Nepali youth, many of whom were about to go study abroad. When talking with these students about their motivations for going abroad, almost every person noted money as their main motivation. For Nepali youth, there is a strong notion that studying and eventually working abroad will allow you to make lots of money. Economics can be the root of a lot of development issues, which is why I understand why for a lot of Nepali youth, the thought is that money will equal happiness and better lives for their whole family. However, talking with another volunteer made me realize that Nepali youth go abroad with very high expectations, but what they don’t realize is that while average salaries in Western countries are a lot higher than in Nepal, so is the cost of living. People also often feel lonely because Western culture can be a lot more isolating than Nepali culture, where you are rarely alone. In short, it’s never what you expect.

I think in that sense, going abroad is the same no matter which country or culture you’re from: you must learn to adapt, and take everything with a grain of salt. As someone who is currently volunteering abroad, I can certainly say that it’s not easy with cultural differences and language barriers, but it certainly is a valuable experience. However, while going abroad and experiencing different cultures is important, so is the development of your own country, which is why in some ways it may not be the best sign of development that so many young people of a country want to move to and work in other countries instead of contributing to their home economy. One thing is for sure, though: I think that youth of all backgrounds and countries have a lot to learn from each other, myself included. I’m excited to dig deeper.