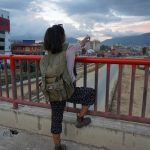 I’ve fallen into the habit of routinely checking the local news for information before buckling down into office work. I take my breakfast to work and as I sip my tea, I’ll scroll through Twitter or other news sites for some breaking information. Early one morning situated at my office desk waiting for my colleagues to join, I browse the Ekantipur online. To my shock, I find an article titled “Women’s rights activist attacked for witchcraft”. Published on Sept. 25th 2017, I am concerned to see an article expressing outdated cultural views in a very modern manner. If I hadn’t realized it earlier, it is now made even more clear that I am no longer living in a western society embedded with western ideals.

Reading further, the article explains that neighbours beat a woman, Rajkumari Upadhyay, in her own home. The attackers aimed to force her to admit to being a witch then consequently punished her. Ironically, Rajkumari advocated for women’s equality and fighting against violence towards women in her area. I mull the situation over in my head, considering the history of women in Nepal.

After spending time to do some research of my own, I recognize the inequality of women to men is largely disproportionate in certain areas more than other areas – rural versus urban. More so, these women are subjected to the witchcraft accusations despite them being based solely on superstition.

Prerana works to eliminate situations such as this. My organization advocates the rights and justices of those who are less advantageous in the surrounding communities, such as the rights of women, Dalits, and the disabled. Later that workday, my counterpart explains to me that she will be absent from the office tomorrow to attend a rally. With further conversation, I realize the rally is in protest for Rajkumari. She ends the conversation inviting others from the organization to join her, myself included.

One of Prerana’s main roles in their fight to empower women is found in their support of Rastriya Mahila Adhikar Manch (MAM) – a loose network of rural women. These members are actively raising awareness on issues to ensure women’s rights and justices are heard. Prerana works as the National Secretariat of the forum, which spans over 31 districts in Nepal. Taking on the role proves to be risky politically in consideration of the diversified understanding and beliefs nationwide on the issues. However, the bold step taken forward to stand for a controversial topic demonstrates Prerana’s genuine passion towards development in equality.

I recognize there is large room for improvement in terms of achieving gender equality in Nepal. Prerana’s work is significant in the sense that every step towards improvement is productive. However, it is clear that development is slow and takes time. Nepal’s attitude towards women has evolved and women are becoming more visible in different sectors. But, violence against women still persists. It will take decades or even centuries to repair the damages. I find it very sad that persons are discriminated based on their gender. I am grateful the issue is not as harsh in Canada. I am ever more so grateful that I work with an organization who, based on their action against the raised issue alone, genuinely wants to see change in Nepal. 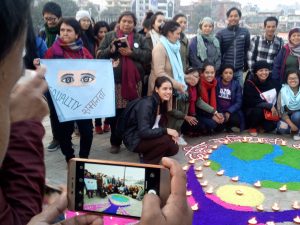