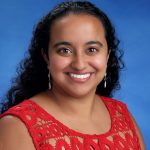 Wednesday was my first full day working at Fundacion Trabajo Empressa (FTE). It was definitely an interesting experience.

It didn’t start off so great since the translator that was scheduled to work with me had something come up so we found a replacement who could only work for a couple hours in the morning. We had to make do with a combination of their broken English and my broken Spanish along with some charades/hand gestures and of course the mighty Google Translate!

Once I got to work, I was immediately reminded that schedules and timings in Bolivia are much more of a “loose interpretation” rather than a fixed timeline. For example, ‘work starts at 9am’ is typically interpreted in Canada as: you should probably be there by 8:45am. Whereas here, it a general suggested to show up by 10am. The next realization was that their lunch break can last anywhere between 2 to 3 hours! (From around noon to around 2:30 to 3pm).

To be honest, I wasn’t given much work until about 3:30-4:00pm. I jumped at the chance, however limited it was. I will note however that despite a slow start in the morning, many employees stay until 6:30pm – 7:00pm.

I was told that Thursday will be more structured with a heavier workload, especially since I’ll have an interpreter throughout day. *fingers crossed*