Rose Amani Ngoka is her name

As part of International Women’s Day, I would like to share a story of not only a lady, but also an underdog from a vulnerable group.

Rose Amani Ngoka is her name. A beautiful, tall Tanzanian youth in her early twenties. Coming from Arusha, she now lives in a small room in Morogoro alone. Her parents have passed away, and like the many other Tanzanians, she is just trying to make a living. She has been working at a co-operative as an office helper despite her Diploma in Secretary. That was when I met her. She was extremely shy and wouldn’t even talk to me, but every day bought me some mandazis (fried dough), kitumbua, or chapatti in the morning along with some tea.

Days turned into months and we now have better communication despite the language gap. She is a funny person, and somehow language was not even a problem when managed to make each other laugh our heads off. And here I am, thinking that the moment we know how we master a language is when we get the comedy of it.

One day, as I picked up my four big pineapples to process for my own use, she saw my face and said, “Can I help you with that?” Fast forward from that line to today, she had made $25USD profit in February, made $50USD in one day, and had just received more orders or her dried fruits business. She owns a micro enterprise called Amani: Premium Dried Fruits. It is a one-woman show; and she is the star, the director, and the writer.

She cultivated her own interest in drying more fruits, eager to see and to learn how to make different dried products. She would tell me, “Kathleen, show me how you do this.” I pushed her more as I saw her interest grow. The moment I was convinced of how serious she really was to pursue making dried fruits as her economic income, I challenged her even harder. I was very strict to her, and it is a great thing she was a fast learner. She never made the same mistake twice. She might not have listened at the beginning and went her own way, but she always came back. Sometimes I was afraid she would bail when I was way too hard on, but she never once walked out on me.

Other positive note that makes Rose great is the fact that she is more logical, and her touch and style are always still on the fruits despite the fact that she learns the technique from me. Tanzanians are culturally taught to always listen to their superior, without questioning, and to be a good follower. This is so engraved in the culture that majority of the time, logic almost becomes non-existence. With Rose, I tried testing it to see if she would just do things without me asking her. For example, I know she knows that we need lemons, but the next time she went to the market, I did not list the lemon in. She bought it anyways despite it as we already discussed the budget for each thing. I would show her a method of cutting, but she when she preferred it another way that produce the same kind of efficiency, so she just continued on with her way.

She was special. Majority of the things I pushed for was on food safety and hygiene, how to cut and place the fruits in order to be efficient, to do her “mis en place”, which in kitchen means preparation and organization before the service kicks in, to organize everything pertaining to Amani in a proper book with handmade bookmarks, etc. It might be something that is “normal” for us, but for her, all of those things are culturally not something that was practiced in Tanzania. Simply something that she did not care about, which means in action, she was not sensitive to things that are considered extremely important. For example, in Canada would wash a dish that had a cockroach passed on, but she would just wipe it. So for me to push her to do everything on that extent was something that was challenging because it was going against her natural instinct. 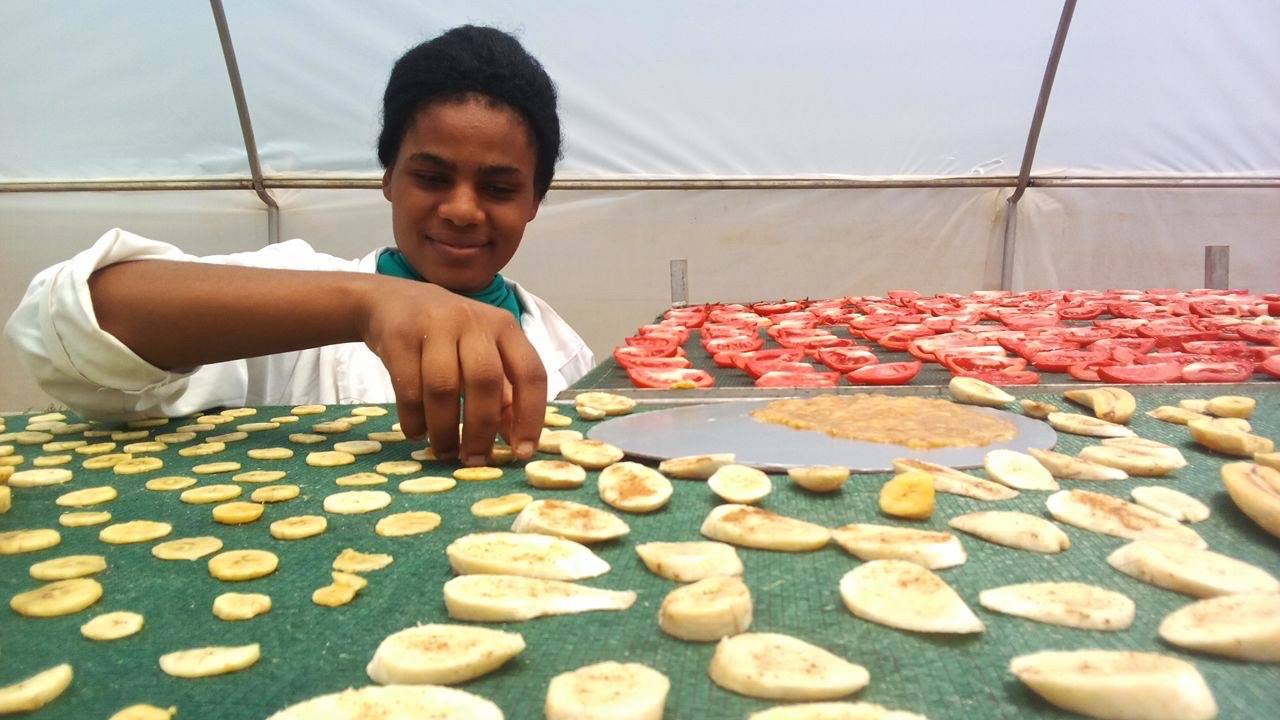