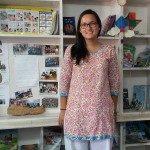 Reflections in the aftermath of the earthquake in Nepal

Thursday April 23rd 2015, 11pm, I left the Kathmandu airport to return to Canada after nearly 8 months of living in Nepal. This country had become my second home, and I was really going to miss the people I met who had become like family. I thought that when I left, life in Nepal would go on like normal. Little did I know that everything was about to change forever.

Friday, 2:30pm, I arrived in Toronto and was greeted by my mother. It felt great to be reunited with my family and back in my home country, although everything felt a little strange – the quiet streets, the cool air, the luxuries of home. I went to sleep late Friday night and woke up around 7:30am. The first thing I heard was my mother in shock saying: “There’s been an earthquake-…”. Immediately the blood started draining from my head because I knew what was coming… “in Nepal!”

My body started shaking and I quickly grabbed my phone to see if it was true. I went on Facebook and the newsfeed was filled with friends from Nepal writing about the quake, and my volunteer friends frantically writing to each other about it. I was completely heartbroken and in shock that I was spared just by 36 hours from this tragedy. We all knew Kathmandu was overdue for an earthquake and I remember having scary conversations with coworkers and friends about what would happen when the earthquake came…because the city was not prepared in any way for this kind of natural disaster. However, I never could have imagined that it would happen this soon.

I felt God’s presence so real, seeing how He took me out of Nepal just in time and I felt that He saved me for a reason. I was incredibly grateful, but this feeling mixed with a heavy guilt and pain that although I was spared, my loved ones were suffering and afraid and watching the destruction of their heritage and home.

Fortunately, social media has been very helpful and I found out quickly that everyone I knew was alive. Although thousands of people died, it was a miracle that many had survived. During my time in Kathmandu, I was very involved with a local church there, the Nepal Church of Christ – a group of approximately 120 people, all Nepali. Many members were poor and did not speak English very well, but they welcomed me so richly into their family and it didn’t take long for me to feel close to everyone. Through social media, I have been able to talk to my Nepali friends on chat and give them encouragement, as well as hear how they are doing.

One of the families I was the closest with, Anu and Gulshan Dangol, were sleeping in their car and staying in a field near their home for the first days after the quake. Gulshan has always been a strong woman who takes care of people and doesn’t show emotions, but I was able to call her and for the first time I heard her crying. It broke my heart to hear her say the words, “I don’t think I have any strength left…” Her husband Anu, is also facing severe loss, as his father died from a heart attack several days after the earthquake. They have a 2-year old daughter, who became my little sister, and I am praying that they can stay strong for each other and for her.

Kanchan is another friend from the Nepal Church who lives up in the hills about 2 km away from the historical Swayembhu Temple (Halchowk). I had just visited her home a couple weeks ago for the Nepali New Year, and her home was completely destroyed. An elder named Gyan Man’s house was also devastated.

Despite this horrible circumstance, it brings me hope to see how people are coming together to provide relief. So far, I have been able to raise $2500, not through actively fundraising, but simply sharing my story has resulted in many people contacting me to send money voluntarily. I’m in awe of the hearts of people around the world who want to help, and grateful to God for how He’s bringing comfort to everyone affected.

Please continue to pray for the situation in Nepal, because it will not go away quickly. Find a worthy organization to send money and the Canadian government will be matching any donations to a Canadian organization, so now is the time to give.

(Editor’s note: For donations to the CECI you can follow this Link: Nepal Earthquake Emergency Response )

Me with my Nepali friends from church

Kanchan, Priya , and Kanchan’s mother, sitting outside of the ruins of their home. Priya, friend and church member, had come to assess the situation and give them support.