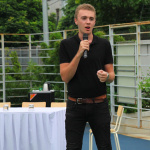 “But how would we buy tofu then? Or fresh fish?”; questions I received from a young boy at Wellspring high school when I argued that you could replace your plastic bag with one made out of cloth. In June 2018, the Vietnamese Canadian embassy began a partnership with 22 other countries in order to reduce the amount of plastic used in their respective offices. This partnership features workshops that will be conducted throughout many Vietnamese international schools, to promote environmental consciousness and plastic waste reduction amongst the regions youth. I, along with a team of volunteers, have stepped in to coordinate the presentation of these workshops. Working alongside ambassadors from the likes of Norway, Finland, the United States and Austria, we have spent the last two months developing strategies of how to engage children, from the ages of 10-17, about the dangers of plastic waste in Vietnam. After doing 5 of these workshops in under 3 weeks, a root of the plastic problem here has become quite evident. Youth in Hanoi simply have not been exposed to the idea of being aware of plastic waste reduction. It seems that they believe plastic is “king”, as it provides a cheap and convenient method of compartmentalizing messy foods. However, this has led the country of Vietnam to a dangerous position. 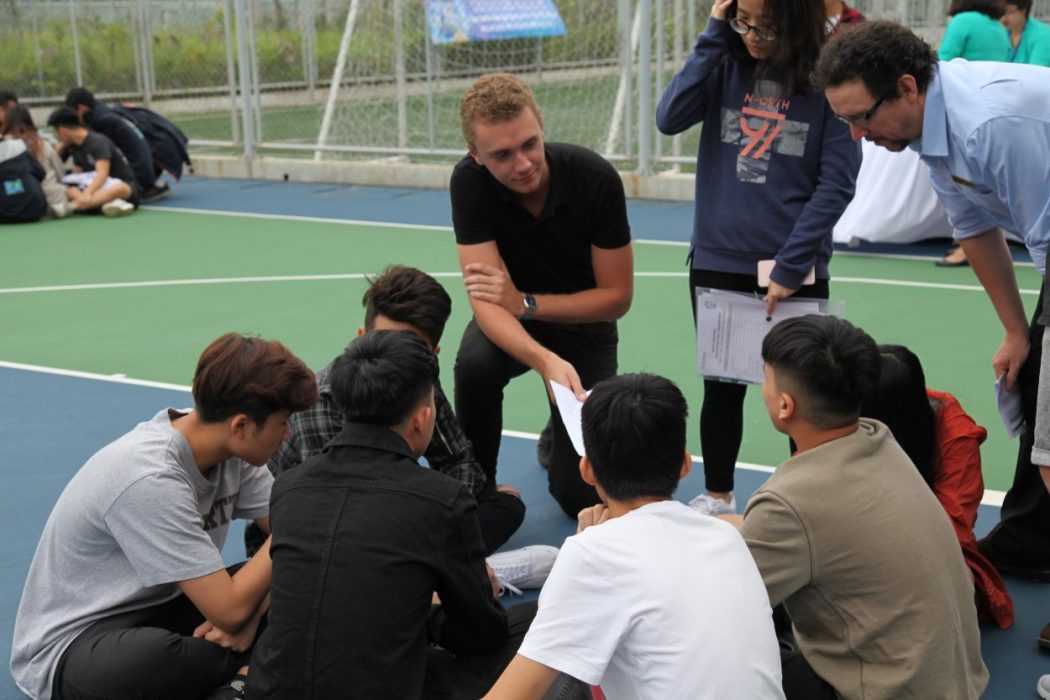 Plastic has seemingly become engrained into many parts of the Vietnamese culture. Fruit vendors will unnecessarily wrap fruit in plastic as they display it for sale, restaurants will wrap already plastic utensils in plastic film before serving it to tables, and plastic water bottles will also feature a plastic handle and a plastic wrap on the cap. When the children we present to are asked about why we use so much plastic, their answers usually center around the perception that if it is encased in plastic than it is cleaner. This attitude is one of the reasons the country is the world’s fourth largest contributor of plastic waste. 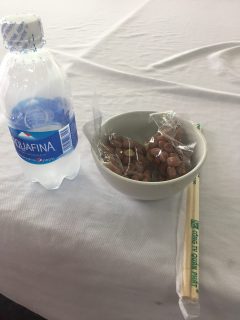 Plastic is seemingly inescapable here in Hanoi. When sitting down at a restaurant you are immediately greeted with multiple items wrapped in single use plastics. As seen in this image, the complimentary peanuts and chopsticks are both encased in plastic as well as the plastic water bottle they give you features an additional plastic topping.

The almost non-existent waste management system in Vietnam consists of poorly paid informal workers, that collect all the waste left on the side of the road, and waste division. The collection is erratic at best, sometimes happening every day, sometimes happening twice a week. More and more, tied up grocery bags full of everything from plastics to organics to metals, are thrown to the curb. The Men and women, who usually come from small ethnic communities and are responsible for this job, are commonly known as “waste pickers”.They usually earn around $1-$2 a day and risk their health in hopes of being able to sell a marginally valuable piece of trash, that can potentially be found amidst the rubbish. As a result, from the bustling city streets of Ho Chi Minh city to the remote rice paddy fields of Sa Pa Vietnam, discarded plastic waste can be found almost anywhere in Vietnam.

A major repercussion to this problem, is the threat it now poses to the tourism industry. According to Mr. Dzung, who manages the sustainable tourism organization that I work for, Discovery Indochina, environmental preservation is essential for the well-being of the tourism industry in Vietnam. He believes that the majority of the Vietnamese tourism industry comes from the countries natural beauty; as many of the countries tourist attractions are beaches and lush mountainsides. Mr. Dzung believes that plastic waste, and pollution in general, can create a major barrier for tourist enjoyment as well as have a negative effect on potential inbound tourism to the country. He believes that private businesses should take more responsibility when it comes to preserving the environment, since the economy could be seriously hurt by an excessive amount of pollution. In addition to Mr. Dzungs sentiment, recent scientific evidence has illustrated that overseas tourism in China has been hurt by the perception that China has a pollution problem. 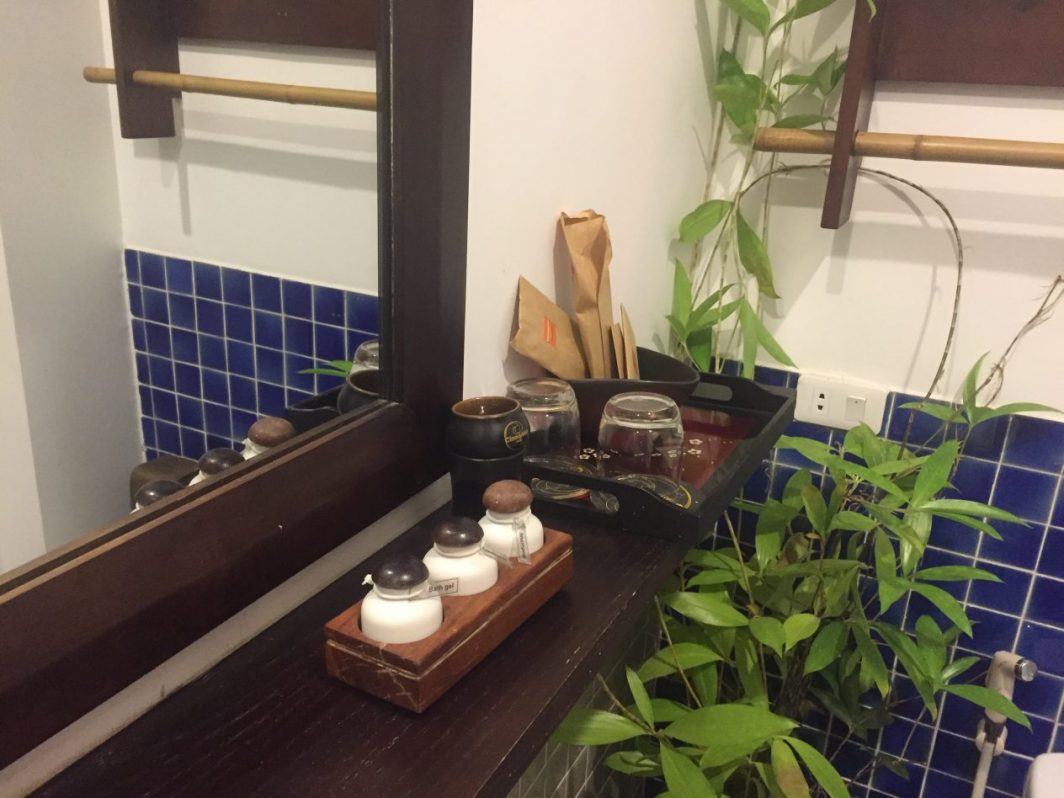 In an industry where overseas perception is crucial to the well being of it’s companies, environmental preservation is essential. In light of this fact, Discovery Indochina has implemented several initiatives to spread awareness about plastic waste reduction. Their effort to employ residents of ethnic communities’ residents to create straws out of naturally growing bamboo has helped bolster several local economies. Discovery Indochina’s partner hotels also feature rooms that are zero plastic. These rooms feature things like reusable soap containers, instead of commonly used items like soap in single use containers, that guests are able to use when they please. Discovery Indochina also runs monthly workshops, with the employees of the hotels, that are focused around plastic waste reduction. 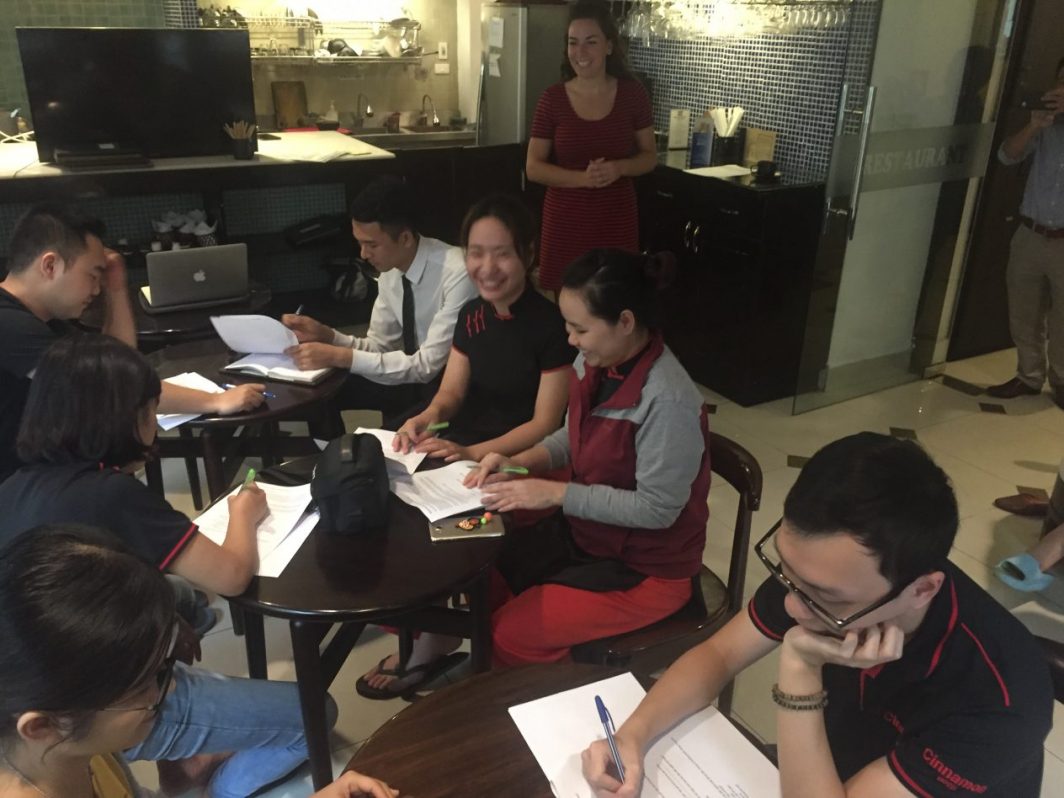 The environmental awareness portrayed by Discovery Indochina represents the kind of thinking that will help sustain Vietnam’s economy for generations to come. With Vietnam being the fourth largest contributor of plastic waste in the world, the government must continue to direct the attitudes of business owners towards sustainability. Additionally, Vietnam has the opportunity to put itself on the world stage if it continues to battle the issue of plastic waste reduction. Since the problem itself is massive, small efforts like partnerships and workshops for youth can create a massive impact as well.