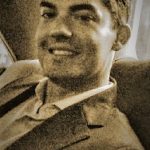 Malawi is a fun place. In the span of 8 hours, one can go on a safari to see hippopotamuses in a canoe, impalas in a 4×4, then chop firewood with villagers, and end the day off with some palak paneer with naan at an Indian restaurant.

It was a beautiful juxtaposition getting away from city life in Blantyre to appreciating the truly wild after having spent a refreshing weekend in Liwonde National Park, but it’s another juxtaposition I’ll be writing about in this post.

Here are a pair of quotes for you to consider:

“Microfinance stands as one of the most promising and cost-effective tools in the fight against global poverty.”

— Dr. Milford Bateman, from his book Why Doesn’t Microfinance Work? The Destructive Rise of Local Neoliberalism

Can they both be right?

Blogs, books, and academic journals fill pages upon pages arguing both points of view on microfinance (“MF”), either as a panacea for poverty, or a disastrous debt trap for the poor. Microfinance is often associated with microcredit, or loans, but that is just a part of the whole thing. Microfinance is also about providing savings and insurance solutions, which are often times more valuable to people in the global south. MF is also about getting creative with using fintech to help reduce costs and improve reach.

Proponents tend to agree that access to financial services as an essential part of a functioning economic system – just like access to water and electricity – or that MF is one of the best “bottom up” approaches to economic development for the global south. The real zealots in the “for” camp will say MF is categorically the best way to get people out of the poverty trap, better than government intervention or food aid. Just give everyone some loans and they will all become microentrepreneurs and save themselves.

Mild detractors, on the other hand, argue that MF is at best incomplete, it is but a small part of a suite of solutions that are required, and that we pay too much attention to it at the expense of other worthwhile initiatives. The truly evangelical ones in the “no” camp decry it as a neoliberal conspiracy to doom the global south into a never-ending cycle of debt serfdom to greedy capitalists who really don’t care about pulling people out of poverty.

Both viewpoints are grounded in reality, to a degree. But as we all know the truth is usually somewhere in the middle.

I find most of the controversial rhetoric is focused on the usurious rates of interest applied to microcredit. This locus of disfavor seems to discount the other benefits of microfinance, but in this blog post, let’s unpack the issue of high interest, specifically.

It’s not hard to understand why MF gets a bad rap with respect to interest rates. It seems outlandish for people like us in the rich north to think about paying 5% a monthfor a line of credit (which is an average rate of interest for an MF institution). On an annualized basis that’s a whopping 79% interest rate, assuming monthly compounding. In other words, if you borrowed $10,000 from a typical MF lender, you’d be paying back $17,900 over the course of the year.

Of course, if you could borrow $10,000, you a) probably won’t need microfinance and b) you probably don’t live in Malawi, where per capita GDP is about $600 per year. The point is that MF loans are very small.

But before you join the “nay” camp and start chanting “kill the moneylenders” because of 79% interest, let’s consider a simple thought experiment that illustrates a very common case here in Malawi, which shows that a rate of interest that high isn’t actually exploitative – and bear with me here since maths are involved (a few MBA alum from the Schulich School of business number-checked my last blog post, I fully expect the same this time, thanks superstars).

How about them mangoes?

To tie in my Davos and Mangoes post from a couple weeks ago, let’s recall Ms. Mnesa’s mango stand.

Ms. Mnesa’s income is directly proportional to the amount of time she spends attending her turf in Blantyre market. Suppose out of each ten hour workday, she spends two hours travelling to the local mango wholesaler to pick up her mangoes. She obviously forgoes making sales whilst going to the wholesaler (traffic is horrible in Blantyre).

Now, mangoes have a pretty good shelf life, so if she could afford it, she could pick up more mangoes in one go to avoid heading to the wholesaler each morning.

This means her mango purchase trips are reduced to only twice in a six day workweek, meaning she’s shaved 8 hours of non-productive time from her schedule per week. This is a 17% increase in available selling time for the week, or an extra 80 minutes per day. Suppose instead of taking more break time, she hustles to sell more mangoes.

Let’s assume that her gross profit from selling mangoes is a reasonable 25% (not counting muzungu discounts she extracts from unsuspecting microfinance advisors from Canada). Running the math, the 17% increase in sales (and gross profits) from taking on the loan means she could afford a monthly interest charge on her loan of up to 40% before she starts losing money (I will personally take you on safari if you show the proof for this in the comments, you have to fly here yourself though).

Most MF loans are 5% per month, and thus, it is entirely rational for Ms. Mnesa to take on this loan since the 17% increase in daily sales compounded annually is 1,304%, much,much higher than the 79% annualized interest she may be paying. Do you have as profitable opportunities as this where you live?

This stylized example illustrates two reasons why I think MF is a legitimate tool for development, though certainly not a panacea:

So, do all MF institutions have to charge high amounts of interest? Are all users of microfinance savvy optimizers and entrepreneurial opportunists, like Ms. Mnesa?

No, of course not. But to categorically reject microfinance as a solution isn’t the way forward either.

This is where normative arguments for and against MF as a policy tool come in, and we’ll leave that for a discussion in a couple of weeks.