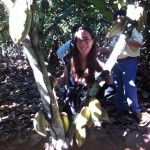 During our trip to Peru, Isabella and I met Samir Giha and Eduardo Lanfranco from Cacaosuyo. We shared some great conversations with them at the Salón del Cacao y el Chocolate and when we visited their factory. Since 2012, Samir and Eduardo have made one of the best chocolates in the world. Their products have received several awards in two prestigious competitions (International Chocolate Awards et Academy of Chocolate Awards). 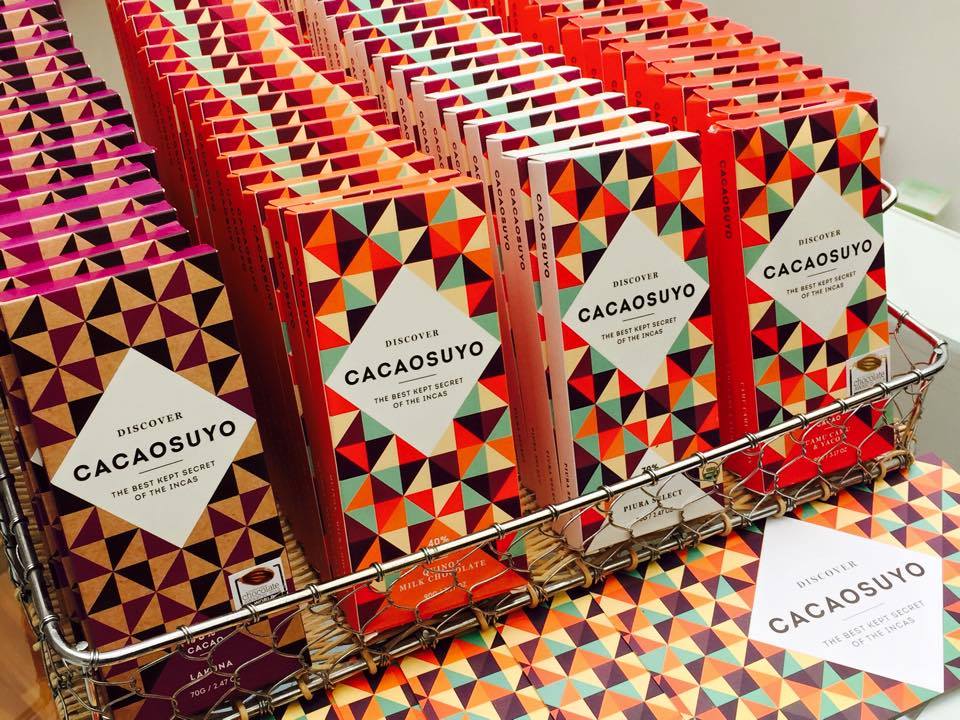 Samir and Eduardo were both working in fields completely unrelated to chocolate before starting their chocolate company. Samir was at one time a pop singer, the owner of a record company. He even was a textile exporter, taking the influence for the colourful geometric patterns of Cacaosuyo’s packaging from traditional Peruvian fabrics.

Eduardo, on his side, studied economics and has been an investor in various projects, mostly related to hydroelectricity. However, he was introduced to chocolate at a very young age by his mother, a confectioner. 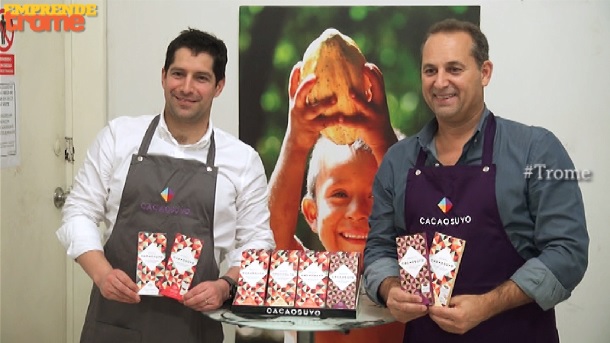 After they me at the Salón del Cacao in Lima in 2012 , Samir and Eduardo decided to start a chocolate business together. They soon realized that Peru grows a lot of native and very aromatic cacao. At that time, the Piura region was already known for its white cacao (cacao blanco), and that is where the two entrepreneurs looked for the best cacao beans to make the best chocolate.

For more than a year, they learnt how to ferment and dry cacao beans with the Venezuelan expert Gladys Ramos. The fermentation and drying of the beans are two post-harvest steps usually made by the producers themselves or the cooperatives. Cacaosuyo’s founders decided to take on these steps: they built post-harvest centres in the regions where they buy beans. As Samir told us, fermentation and drying are critical to get good beans. Even when genetics are good, cacao can be ruined if those steps are not done properly.

In this film clip, Samir explains why it is better for a chocolate maker to master the post-harvest processes usually done at the plantation. Bean-to-bar makers learn to make the best chocolate with the beans they receive, even if there are some defects. Sometimes, they even need to throw out an entire lot of costly cacao beans. That is why Cacaosuyo decided to take care of the post-harvest process, instead of buying dry cacao.

Samir and Eduardo buy wet beans, as soon as they are removed from the pods, which is rather unusual. Even if it is a much more expensive way of buying cacao, they work directly with the cacao producers, selecting the trees that produce the finest aromatic cacao for their chocolate. They pay 66% more for the wet beans and they hire employees and engineers on site in each region. Samir and Eduardo often travel to meet the producers and keep strong links with them. For Eduardo, it is really important that the farmers know who is behind Cacaosuyo.

Samir and Eduardo talked a lot about how they work, about their relationship with cacao producers and about the importance of giving them a fair price, but not through certifications. They also emphasized the fact that direct trade is not always easy for a chocolate maker that lives outside Peru: logistics are often in the way!

What stands out in this interview with Samir is the fact that direct trade is multifaceted and that is important to find solutions so that more bean-to-bar makers can grow direct relationship with farmers. A platform like Yellowseed is already a game-changer! 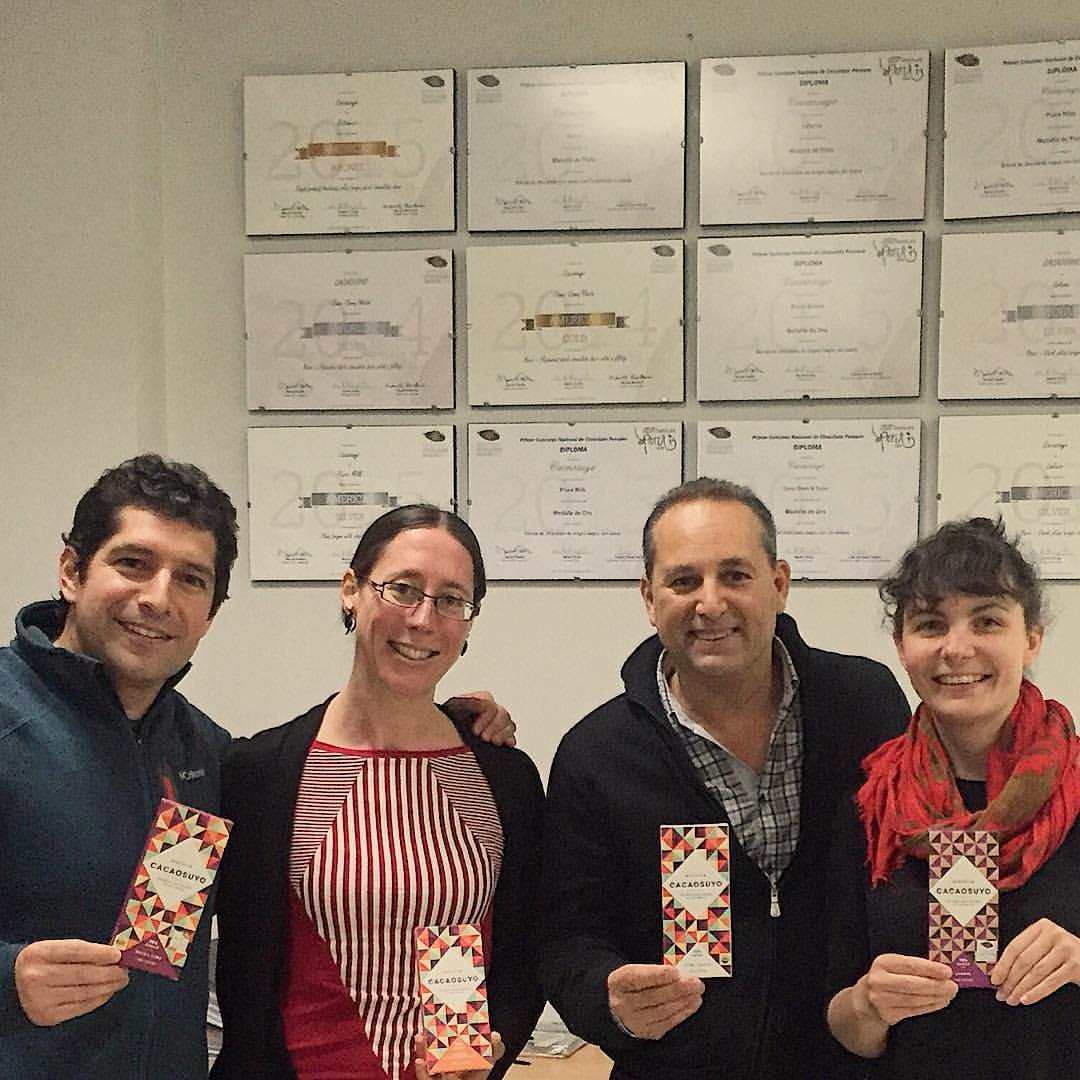 In my next blog post, I will talk about the history of cacao in Peru and the fact that it is now replacing coca in some regions.