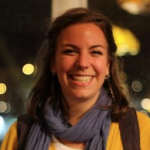 In a past role, I worked in health promotion as a physical activity coordinator. My job was to encourage people of all ages to work physical activity into their daily lives – preferably things that were outdoors, free, and easily accessible, so that would be easy to make part of people’s routines and therefore contribute to a healthy lifestyle. I wish back then that I had known of Hoàn Kiếm Lake as an example!

This beautiful, tranquil spot is only a block from where I’m staying, and a mecca for outdoor fitness for all ages. Several cobblestone paths circle the lake, which is also lined by trees and gardens. Every morning, you can find hundreds of Hanoians exercising here – and exercise of all kinds! I’m not kidding; this morning at 7:30 am I saw badminton, salsa dancing, aerobics, a homemade weightlifting gym, calisthenics, tai chi, running, and group reflexology.

Most of this exercise is done very peacefully, and not in the in-your-face kind of style I might associate with North America. For example, lots of people are simply walking around the lake, but while they are walking they are rolling their shoulders, lifting knees, swinging hips – basically the most limber you could ever wish to be. If the physical activity coordinators I used to work with could see this, it would be a dream come true! 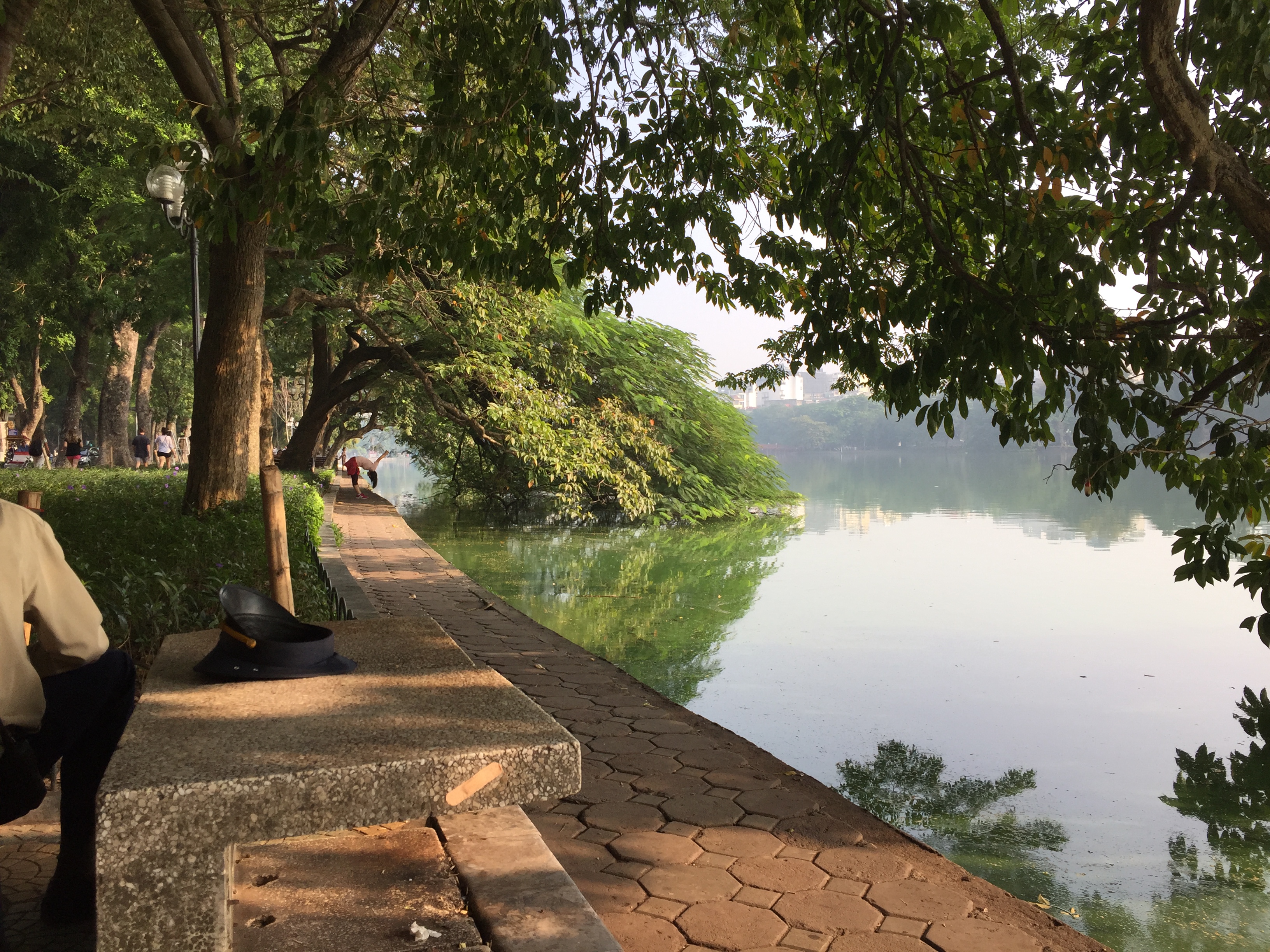 Those who know me know that I love a good lunchtime walk and my daily bike ride, but this peaceful, relaxing workout in such a beautiful location has got to be the key to a long and happy life! It has only been a few days, but I have been joining in at Hoàn Kiếm Lake every morning and I already feel a difference, physically and mentally. It helps that this morning, my spot at the edge of the lake looked out at Turtle Tower – lovely to focus and meditate while stretching beside some elderly Vietnamese women!

Blurb about the turtle legend and tower below, from Wikipedia: According to the legend, in early 1428, Emperor Lê Lợi was boating on the lake when a Golden Turtle God (Kim Qui) surfaced and asked for his magic sword, Heaven’s Will. Lợi concluded that Kim Qui had come to reclaim the sword that its master, a local God, the Dragon King (Long Vương) had given Lợi some time earlier, during his revolt against Ming China. Later, Emperor Lợi gave the sword back to the turtle after he finished fighting off the Chinese. Emperor Lợi renamed the lake to commemorate this event, from its former name Luc Thuy meaning “Green Water”. The Turtle Tower (Tháp Rùa) standing on a small island near the centre of lake is linked to the legend.