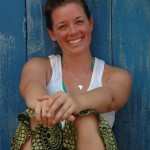 The soles of Bertrand Trépanier’s rubber boots pick up thick pads of black soil with each step he takes. He and his team from MVIWATA Manyara are on a field visit in Mamire, a very productive ward in Babati Rural District. The area, which borders Tarangire National Park, has maize fields as far as the eye can see. The fertile land is surrounded by mountains, which funnel water to the fields below. After a period of drought, farmers finally received relief. A heavy downpour in March saturated the parched soil, sending them running to tend to their fields.

“What do you notice here?” says Trépanier, a Uniterra volunteer and a Farm Economics Demonstration Advisor at MVIWATA Manyara. He points out that the mono-crop is scattered and stunted.

“Probably due to poor quality seeds, or poor planting methods” he says.

Trépanier has more than 30 years’ experience working in agricultural extension services in Canada, Nepal, Kyrgystan, Tajikistan as well as Tanzania.

He is currently completing his second Uniterra mandate with MVIWATA Manyara, a regional member-based organization that empowers smallholder farmers primarily through advocacy and lobbying efforts. 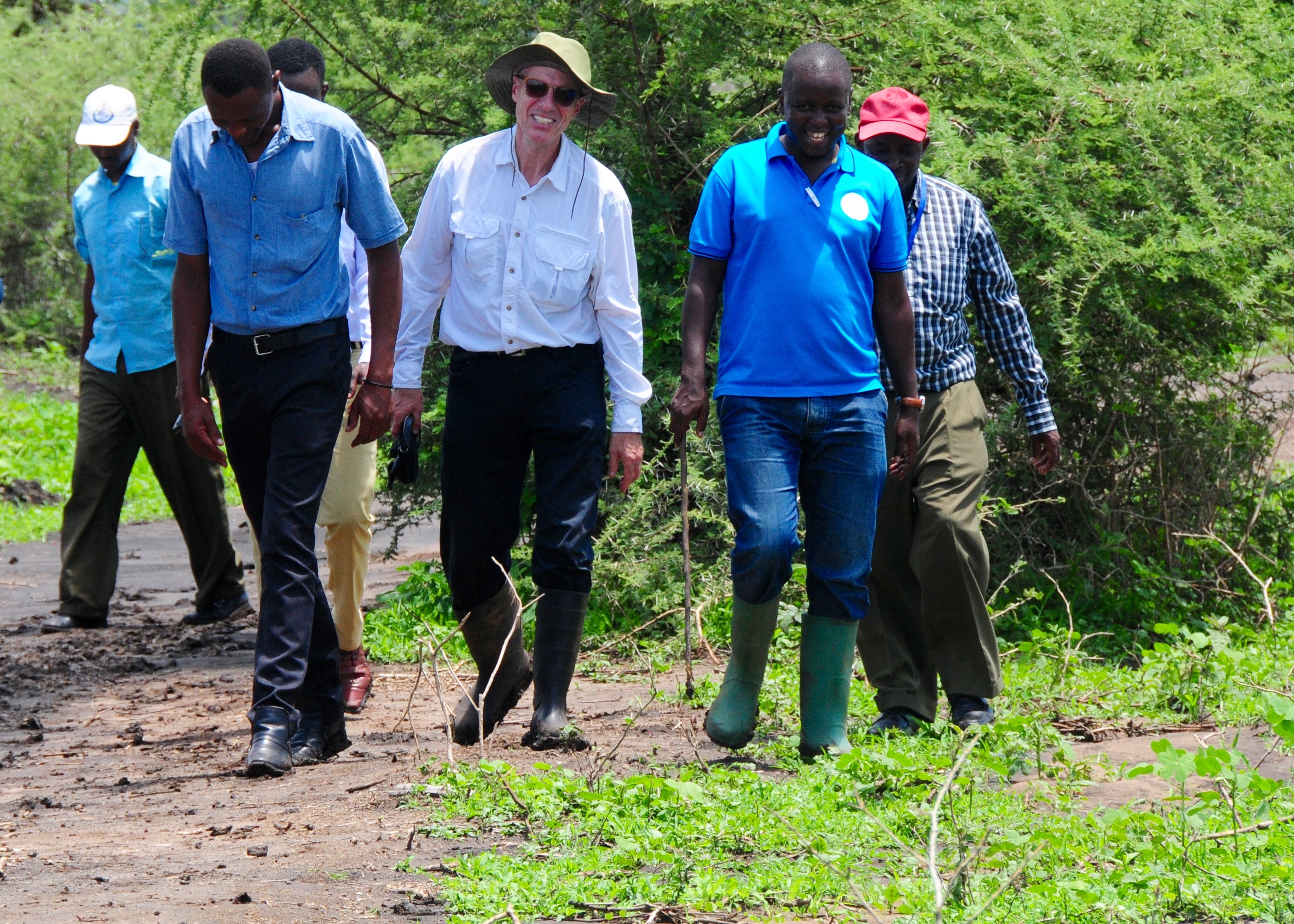 MVIWATA Manyara first brought Trépanier on board last year to conduct a needs assessment of government agriculture extension officers. After discovering that knowledge about farm demonstration and economics was weak, Trépanier trained 20 extension officers in Babati, Hanang and Mbulu districts. He arrived back in Tanzania for a second 3-month mandate in February.

Demonstration programs are especially important in countries like Tanzania where farmers face challenges such as unpredictable weather patterns due to climate change, erosion, lack of quality inputs or seed varieties and lack of access to market information. Demonstrations provide an opportunity for farmers to learn about planting methods and their outcomes without the risk of trying a new technology or planting methods on their own land.

Extension officers “are taking the initiative to manage their demonstration plots.”

Extension officers “are taking the initiative to manage their demonstration plots,” he said.

“We are comparing two varieties of maize,” Mshana said, pointing to the neatly planted rows of the drought resistant HB513 and high-yielding HB515, on the quarter-acre plot.

Each seedling, about one foot tall is intercropped in alternating rows of nitrogen-producing pigeon peas.

“Farmers will come … and will judge for themselves at the end of the field day.”

In addition, MVIWATA Manyara is also supervising a trial on four varieties of beans. 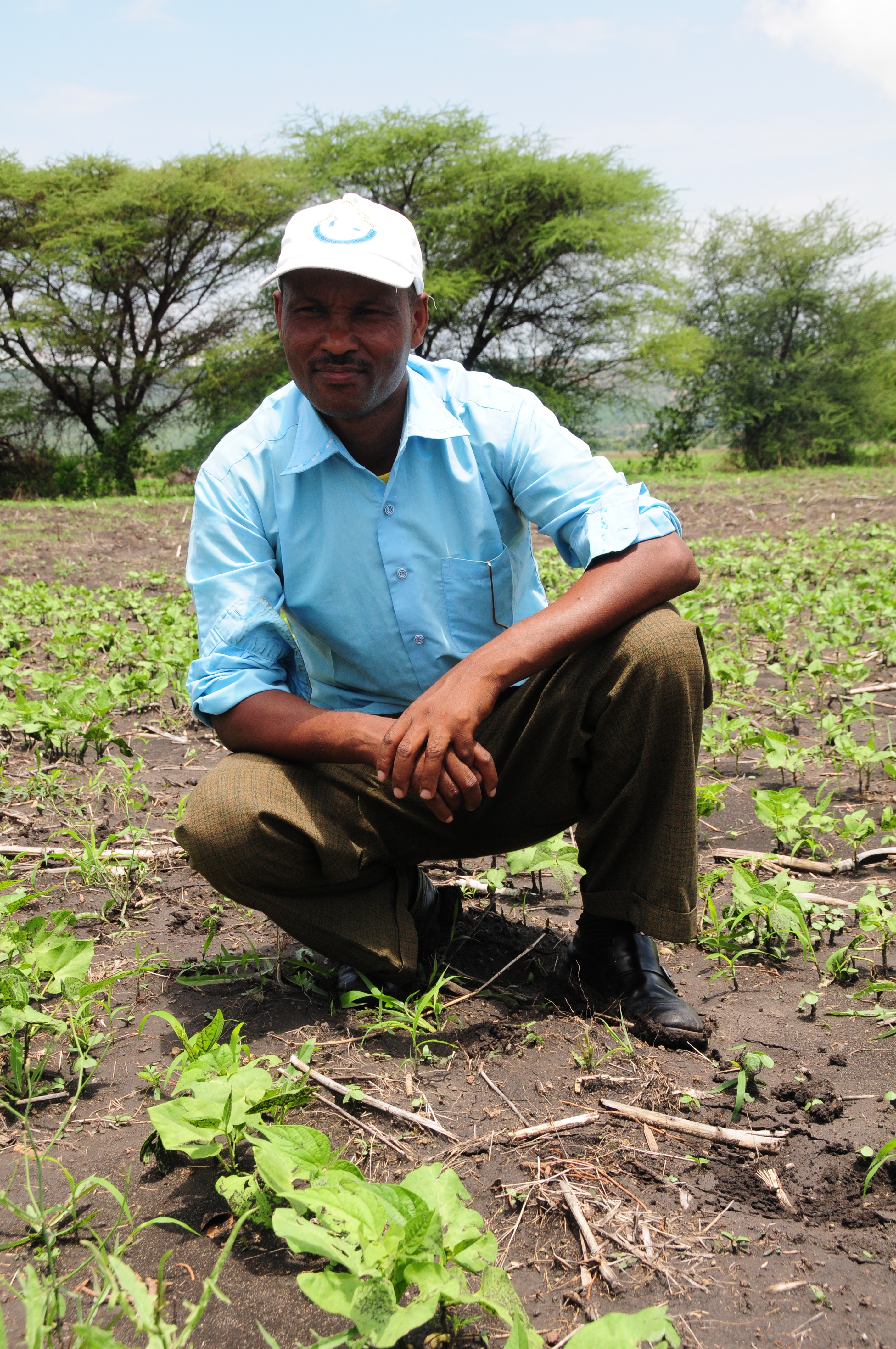 Simon Lohaiy, a bean farmer in Mamire volunteered to use his plot for the bean trial. Each has received different fertilizer treatments.

In addition to learning proper spacing techniques the objective is to encourage more farmers to grow beans.

While beans used to be grown throughout the ’90s, Lohaiy said farmers stopped after a series of pests attacked their crops.

As a result, farmers became superstitious, believing they weren’t suitable to grow in Mamire.

“This is a learning zone,” said Mfanga. “Farmers can come and learn and adapt the technology they are getting here to their farms.”

It’s a big first step. With Trépanier’s support last year, MVIWATA Manyara identified that agriculture extension officers had no training or access to demonstration methodology and no tools to keep records on essentials such as profit and loss or inventory.

In order to be effective, it’s imperative that extension officers provide a cost-benefit analysis to farmers so they can assess if the new proposed inputs, technology or planted methods are economically beneficial to them, Trépanier said.

“We need to demonstrate to farmers who engage in commercial agriculture that we need to keep records, otherwise we are guessing,” he said. “Farmers are very good at guessing, but when we are talking about commercial farming, quite often we need much more than guessing we need real figures.”

When the pilot program is complete, MVIWATA Manyara plans to design a permanent and demonstration program next year, which will integrate lessons learned. The finalized program will likely begin in September or October 2018.