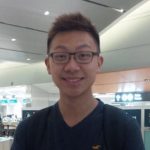 When I arrived in Nepal over a month ago, the first impression I had of Sindhupalchowk were ominous warnings from Nepali locals cautioning, “Be prepared for anything and everything.” In uncertainty of a new and unfamiliar environment, I prematurely began imagining the worst of Sindhupalchowk. 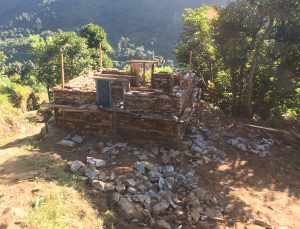 Driving through Sindhupalchowk, traces of the disastrous 2015 Gorkha earthquake are evident throughout the district in abandoned buildings that have collapsed or left barely standing with cracked walls. For the few affluent households, houses are often rebuilt with brick and mortar – a highly earthquake-prone design that can fully collapse in the event of seismic activity. Locals tell me that this traditional design remains popular due to its low costs despite its earthquake vulnerabilities.

A disaster like the 2015 Gorkha earthquake holds a significant element of uncertainty and fear; it’s impossible to be certain when or where the next disaster will happen, and its consequences can be devastating. If households refrain from building earthquake-prone designs like brick and mortar, it will better prepare households against the uncertainty and threat of disasters. However, households may often be financially limited in their choices.

I believe that uncertainties are unavoidable and that preparation can extinguish its fear. In development interventions that are plagued with an uncertainty of unexpected challenges, preparation is essential to successful outcomes. Preparation can often be the only precautionary measure and unfavourable project outcomes can be a valuable lesson for future activities. 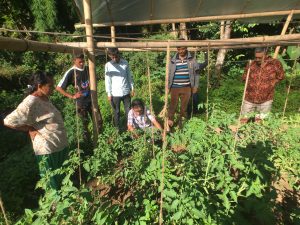 At Tuki, I’m a Knowledge Management Intern and my primary responsibilities include developing reports following field visits for PUNARNIRMAN – an agricultural-based project that seeks to address the lack of economic livelihood opportunities in disaster-affected communities. In particular, it encourages the participation of women and marginalized castes that were historically less educated and consequently more likely to struggle with finding economic livelihoods. The project is currently providing technical and financial support for greenhouse construction to households with the goal of improving crop productivity on a district-wide scale in Sindhupalchowk.

During recent field visits, over half of greenhouse farmers interviewed had diseased tomato plants resulting in reduced crop yields and a loss of their only household income. Farmers were devastated and demoralized as it was uncertain whether future crops were safe to be planted. As such, recommendations were made to preemptively prepare pesticides and workshops on integrated pest management were organized to build capacity of farmers to prepare against future plant diseases. Project activities like this will ideally help farmers sustainably increase economic livelihood opportunities in the long-term. Furthermore, households with additional disposable income may be more inclined to invest in disaster resilient practices such as building sturdier homes with reinforced concrete as opposed to brick and mortar.

It has now been two months since I’ve arrived in Nepal and my experiences have shown that my initial presumptions of Sindhupalchowk were fearfully misled by my uncertainty of its condition. Over time, what gradually became certain to me was that as I’ve slowly welcomed this new home into my life, my homestay has also welcomed me into their family.