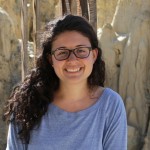 Two months in Bolivia have flown by, and the end of our internship is near. In two months, we will have experienced a rollercoaster ride of experiences that have challenged us past our limits, mentally and, at times, physically. And yet, it was only two months and as our host mother, Doña Juana, keeps saying: la hora rapida pasa (the hour passes by quickly).

There are moments when time seems to stretch on for hours; sitting in the kitchen, eating dinner with our host mother while she discusses the importance of solidarity and respect between all peoples. Or being stuck in traffic on the usual colourful bus on the way to work. Other moments fly by, such as the days we led trainings on various technological tools for artisans. Or our mid-internship week, where we spent one week touring over three different cities in the country.

It’s funny how halfway across the world, on the other side of the Equator, conceptions of time and norms surrounding punctuality can vary, yet be so similar at the same time. Intercultural learning isn’t simply about observing differences in perceptions or ways of seeing the world, but also about similarities between us and the other. Differences between us are often much easier to identify, and harder to value, than similarities. It is interesting to note how those similarities, in conceiving time for example, play out in different cultural contexts. Generally, punctuality doesn’t have the same significance or value here as it does back home, but it isn’t a completely foreign concept either. There is a certain flexibility and comprehension that exists with regards to being late and arriving “on time” that isn’t necessarily present back home. Yet, at the same time, the seconds, minutes, hours, and days seem to fly for everyone, everywhere. Time always finds a way to escape us, slipping between our fingers just as we try to grab hold of it.

Our host mother is an incredible and strong woman, constantly running after time. She is an artisan, president of her association, involved in a federation of indigenous women campesinos, grandmother of 8 grandchildren, and the list goes on. Such an incredibly busy woman, she constantly worries that she isn’t caring enough for us, as la hora rapida pasa and, in her eyes, we have yet to experience so many typical foods and visit so many different places. Similar to my biological mother, she is caught up in a hectic routine where time flies, day becomes night and night becomes day, as the days mesh together and blur past so rapidly, yet just in time to realize that the end of a chapter is near.

Though my mother back home is counting the days until my return, my host mother is dreading our departure, complaining that time goes by too fast and soon our time in Bolivia will be over. We will soon be leaving one reality to hop back into another. Just as we stop being sick, just as we start getting used to the cold, the hectic transportation system, the never-ending different types of potatoes, the warm smiles with the golden teeth, the dogs barking, the innumerable number of stars in the sky, the continuous festivities in the streets…and the list goes on…but it is already time to go.

La hora rapida pasa, but to be honest, there were times when I wished it went by faster or other times, when I wished it would slow down. But time doesn’t listen to our demands, and from what I’ve learned, everything comes down to perspective. The seconds, the minutes, the hours will continue to run but what we make of it (this precious time) and how we view it changes everything.

Doña Juan and I at her campo