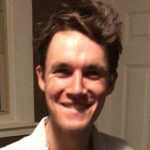 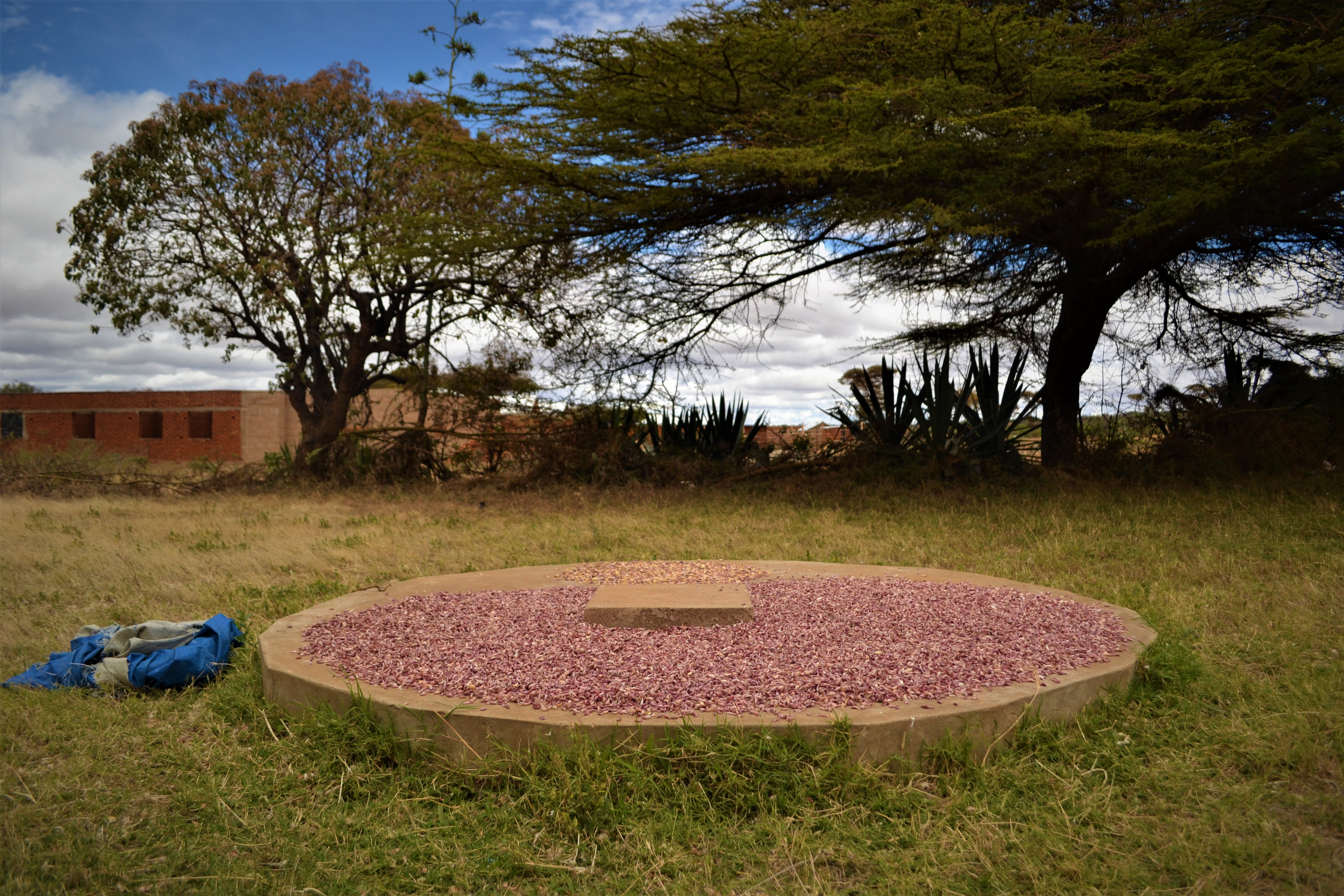 Mary Nicola arrives earlier than anyone else to the Bashay Agricultural Marketing Cooperative Society, or AMCOS building. Warehouse is a better word to describe the structure. Its tall, beige support beams are met by grand aluminum roofing. A black gate guards the entrance and she slides it open slowly. Inside is dim, the windows only allowing a small amount of natural light to enter. Maroon metal baskets fill half the football field-sized room, each one about 10 feet tall. There are thousands of garlic heads in every container. Women from around the Bashay ward, or sparsely populated denomination of Mbulu district, one of five in the Manyara Region of Tanzania, are expected for a training on how to add value to garlic and pumpkin.

Mary is immediately busy organizing the participants and phoning those not there to make sure their transportation to the venue is secure. I find myself nervous to interrupt Mary who seems so preoccupied, but her demeanor is far too inviting to invoke feelings of unwelcome. Before the MVIWATA and SUGECO team — two Tanzanian agricultural NGOs — step out of their car, Mary is walking over to greet them. Her smile radiates through the field team and makes them forget the cold and rainy weather that is uncharacteristic for October in the mountainous district.

Calmly, she ushers the team inside to set up chart paper for the theoretical portion of the session. Women begin to arrive and, as they do, Mary engages each of them in conversation. Though brief in nature, her attention is never divided. Some women come with a concerned question, maybe two: How long is the training session? Will we be getting lunch?, but in short order find reassurance with just a few words from their matron leader. Before the training begins she makes sure everyone has their notebooks and pens, then takes a seat and places her focus on the facilitators. 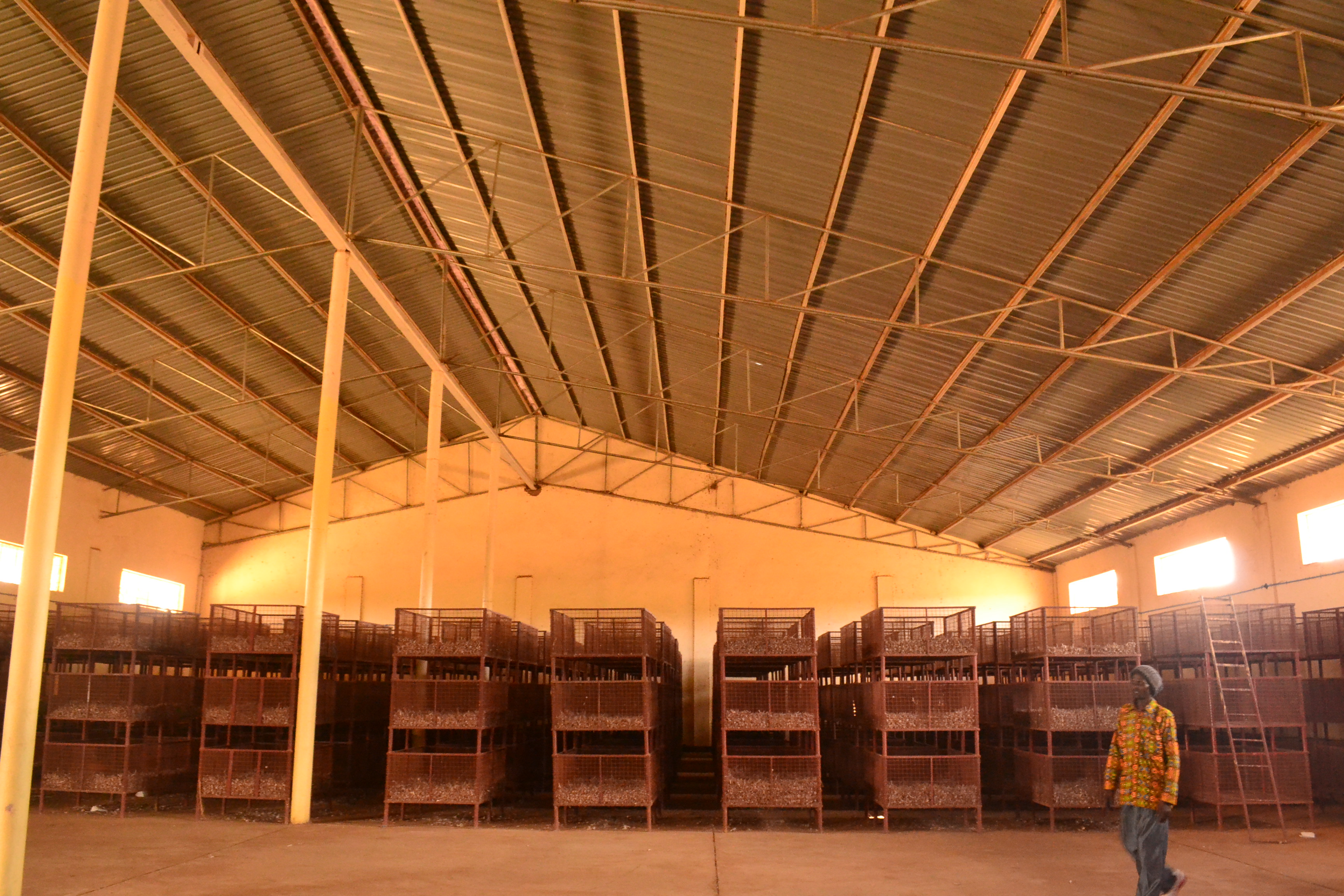 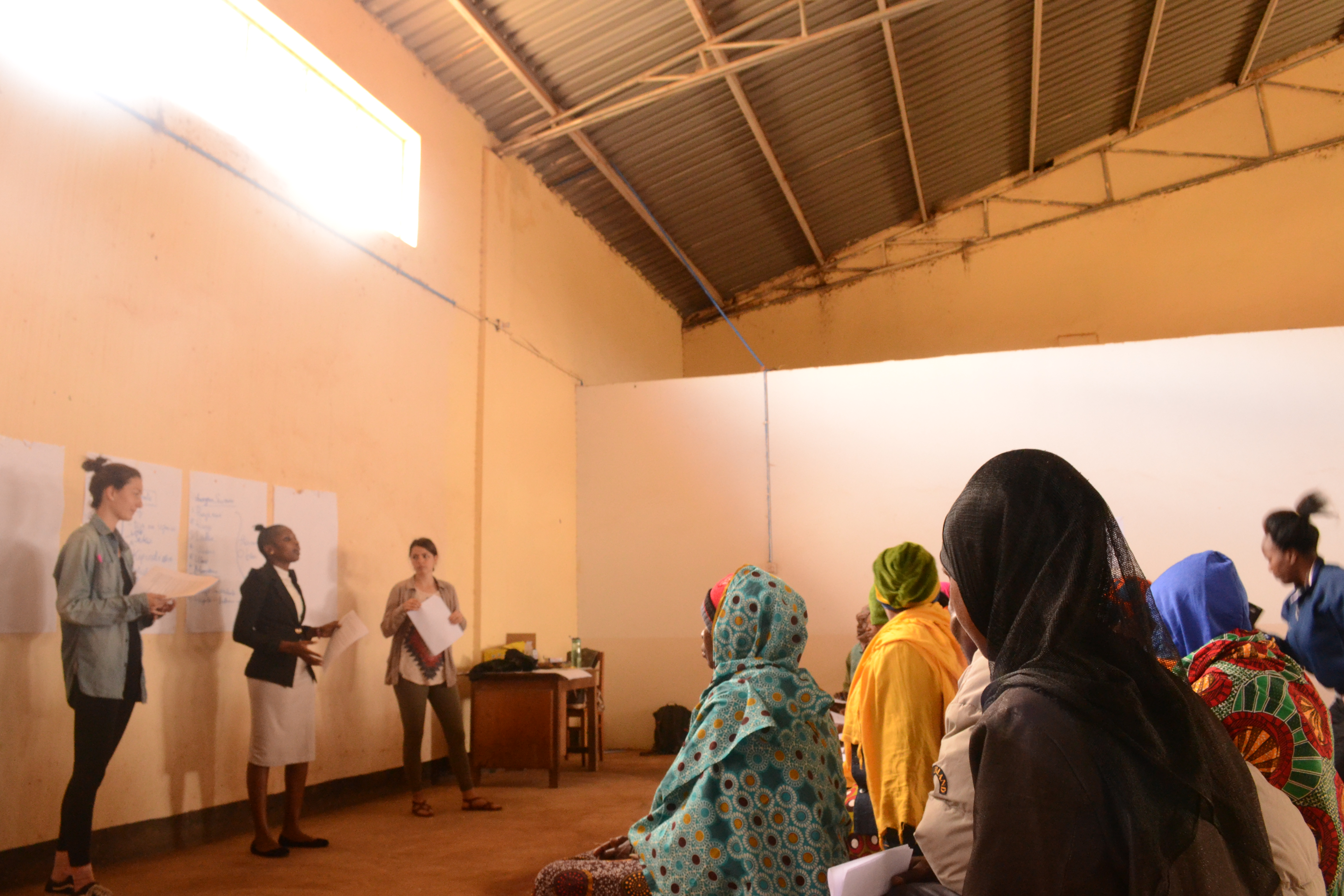 To the untrained observer Mary might be a simple farmer doing her part to secure nutrition and income for her family. But to many in the wards of Bashay and Mbulu Town, the 34-year-old is the most important leader in the greater Mbulu district. At the age of 20 Mary joined MVIWATA and since then has grown into a confident young woman who holds several roles on local councils, from member to secretary to treasurer to chairperson. Her hard-earned status is challenging the gender confines prescribed to most Tanzanian women and the journey to this point was just that — challenging and hard-earned.

Mary was in her early teens when one day her father fell ill and was not able to attend the local Village Community Bank or VICOBA meeting. He asked her to go in his stead. With each passing appearance, she grew more comfortable, offering new ideas and eventually earning her the spot of treasurer in the group.

Soon after this promotion, she would become the Chairperson of the MVIWATA Bashay network — a position of great stature among villagers, not unlike a CEO (and often used as an interchangeable term). Mary’s leadership became more widely recognized and she was elected to the position of secretary for Bashay’s local beekeeping group. From here she became a member of Mbulu District and Mbulu Town Councils where the community’s economic and social issues are discussed.

In 2017 Mary discovered her passion for empowering others and became a BUS trainer — a special farm entrepreneurship program provided by MVIWATA partner, AHA — a german NGO specializing in agriculture. As a young BUS trainer she’s not only able to provide important business skills to her peers in the Manyara region, but also acts as a role model for youth interested in pursuing similar goals.

“These women have lost hope for a better life.” Mary states grimly.

It’s a common sentiment among farmers: bad seeds, lack of water, inconsistent customers, all contributing to discouragement. But agriculture is the backbone of Tanzanian livelihood, and it takes a seasoned veteran, like Mary, to show prospective farmers that they can be successful — an undertaking she has pursued by spearheading an all-women’s irrigation group called the Bashay Scheme. It will allow women in the ward to have more efficient sources of water for their crops. All of this on top of forming the garlic processing group for the Bashay women at the training. 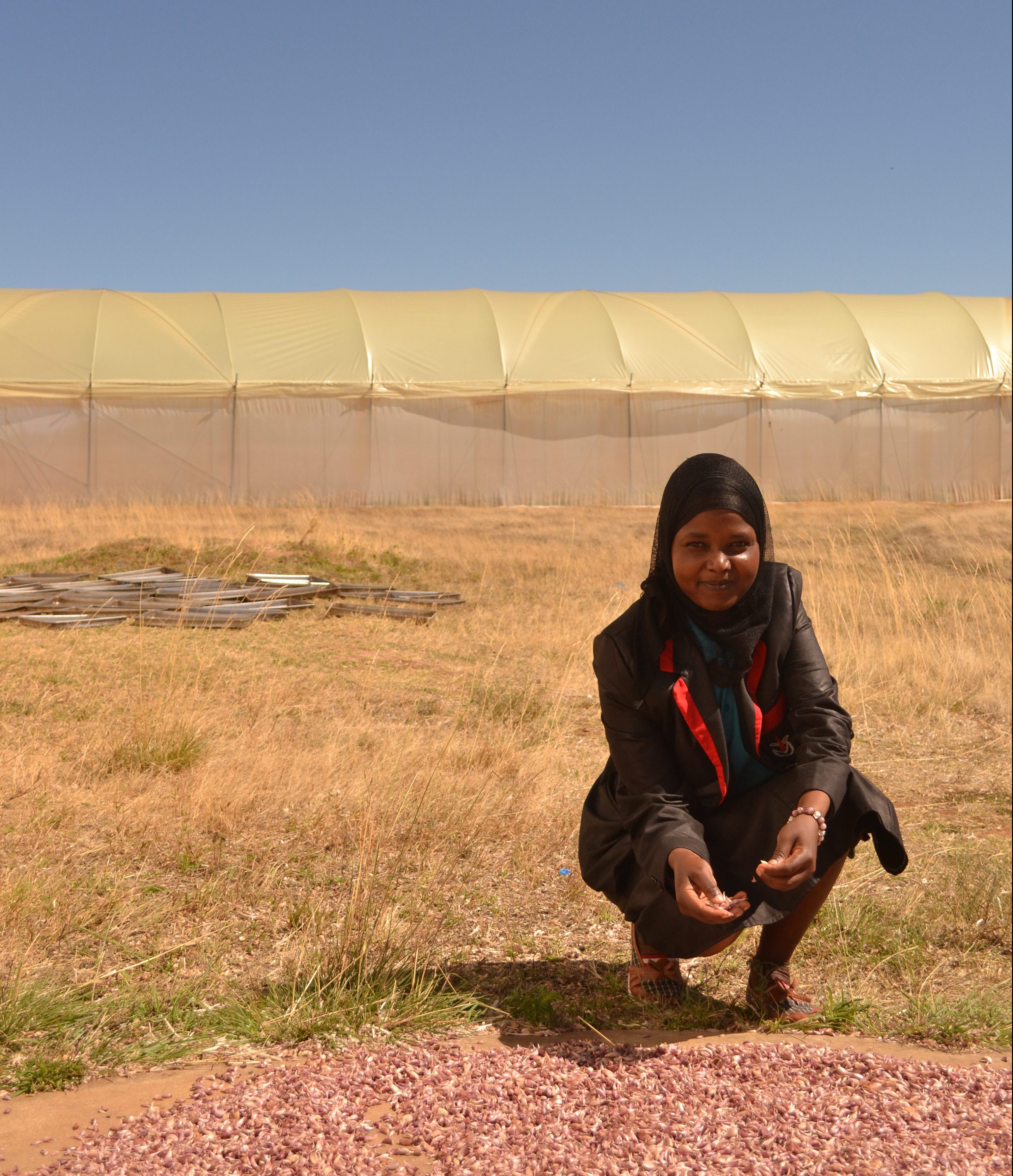 Mary Nicola is the MVIWATA Chairperson of Bashay, Treasurer of the local VICOBA, Secretary to a Beekeeping Group, Member of Mbulu District and Town Councils, and a BUS Trainer.

There are some important qualities that allow any leader to excel: self-confidence, commitment, loyalty, work ethic, perseverance and more. Some are outspoken while others are silently respected. Mary grew to be the latter kind, as many of the most-respected leaders often do, one that feels no need to speak over their peers because their opinion is so innately valued that the very offering of her idea draws silence from the crowd.

“Mary is a strong MVIWATA leader who has capacity and the ability to inspire many young women in the Bashay and Mbulu committees. We are lucky to have her.” said Donald Laizer, MVIWATA Field Officer and long time colleague and friend of Mary.

She attends value addition trainings regularly for a self-refresher on techniques, but has also come to provide encouragement for the local women, most of whom are in their late 40s to 50s, and most of whom have little education or vocational training. Today’s mix of theoretical and practical training is delivered by MVIWATA with the assistance of SUGECO Field Officer, Irine Fastin Ngatena. Over the four day session, Bashay women will learn how to target customers, market garlic, process garlic into paste, powder, and oil, as well as how to make chapati and mandazi — typical Tanzanian breakfast foods — from pumpkin puree. 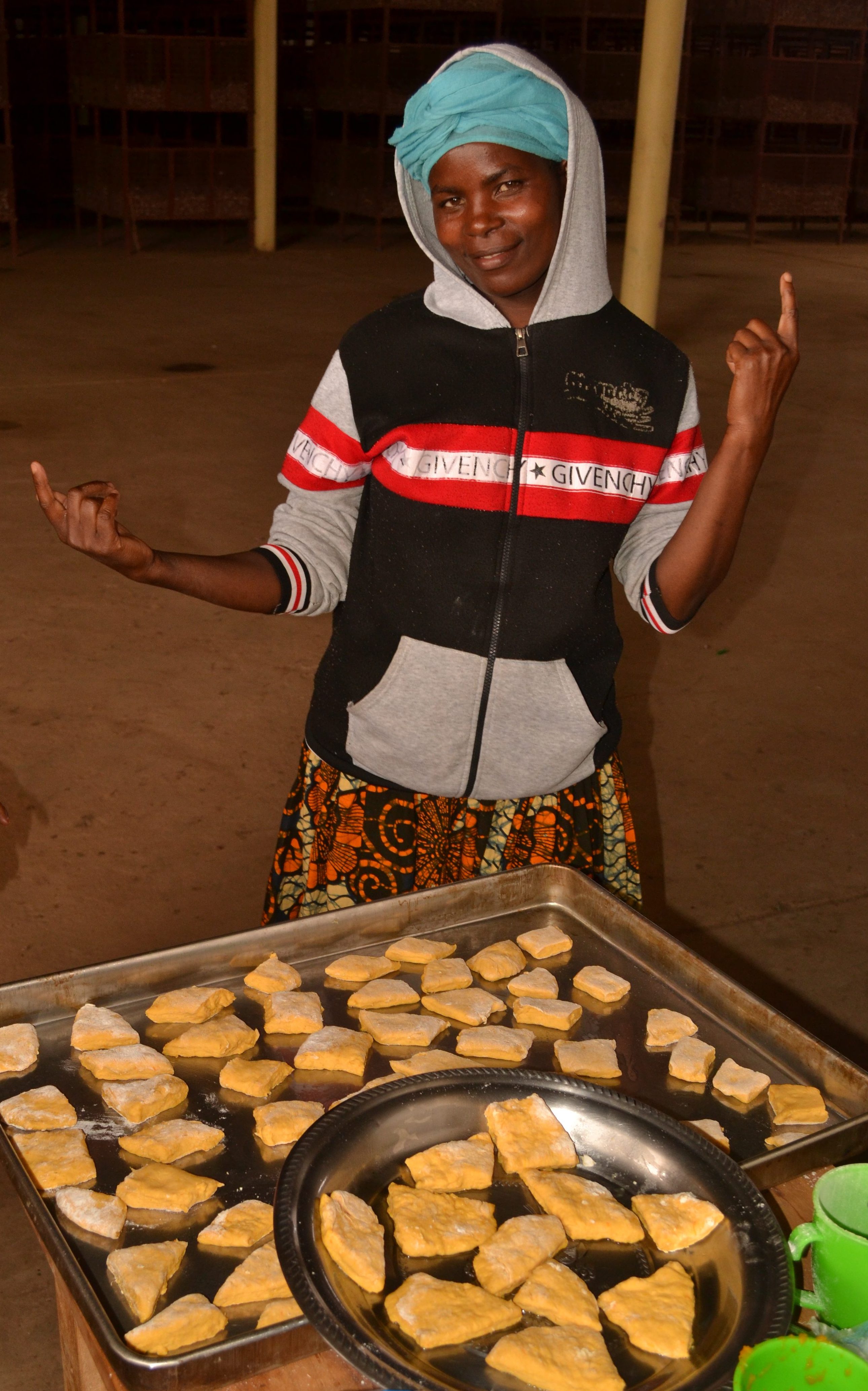 One Pumpkin Mandazi Enthusiast at Work

“[The women] are getting inspired by the possibilities the training is opening them up to.” Mary said with a tone of elevated excitement, as she describes forming the small garlic group following the training.

Mary, herself — the VICOBA Treasurer, the Beekeeping Group Secretary, the Mbulu District and Town Council Member, the BUS Trainer, the MVIWATA Chairperson — is excited to get back to practicing her agricultural craft. Yes, Mary farms maize, sunflower, beans, and, of course, garlic. A job that requires constant monitoring, farming is no walk in the park. Amongst the culprits of discouragement (water insecurity, faulty seeds, inconsistent business) the underlying stress that farming is often a gamble proves the biggest burden of all.

Small-scale farmers — those who own less than three acres of land, and typically rely on this as their sole source of income — are unfortunately dependent on conducive weather, i.e. rain, and volatile market prices. This latter variable being a product of the capitalist world system.

There is no such thing as a secure income, and as a result nor is there much time for personal relaxation — a true privilege for those who can afford it. 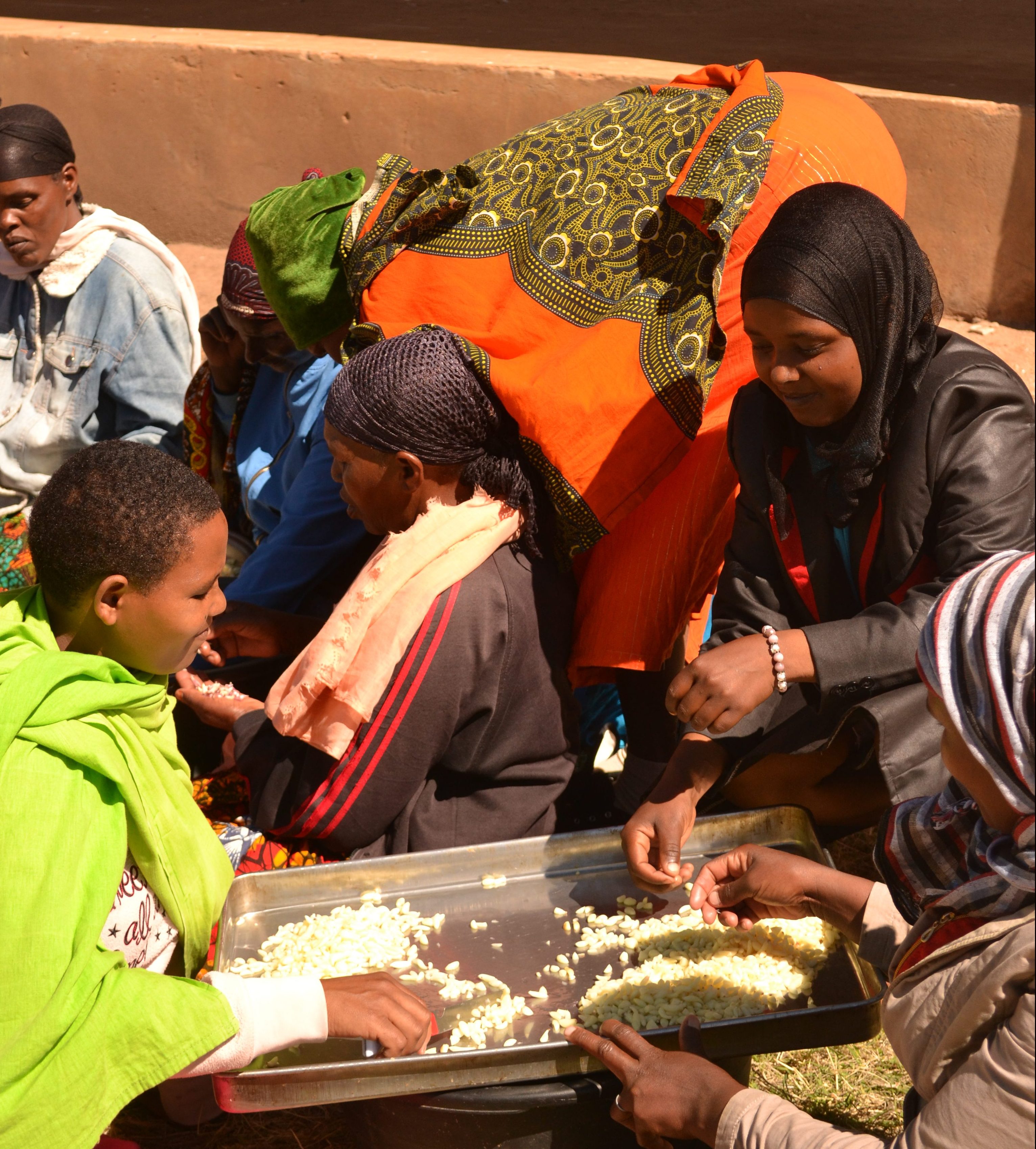 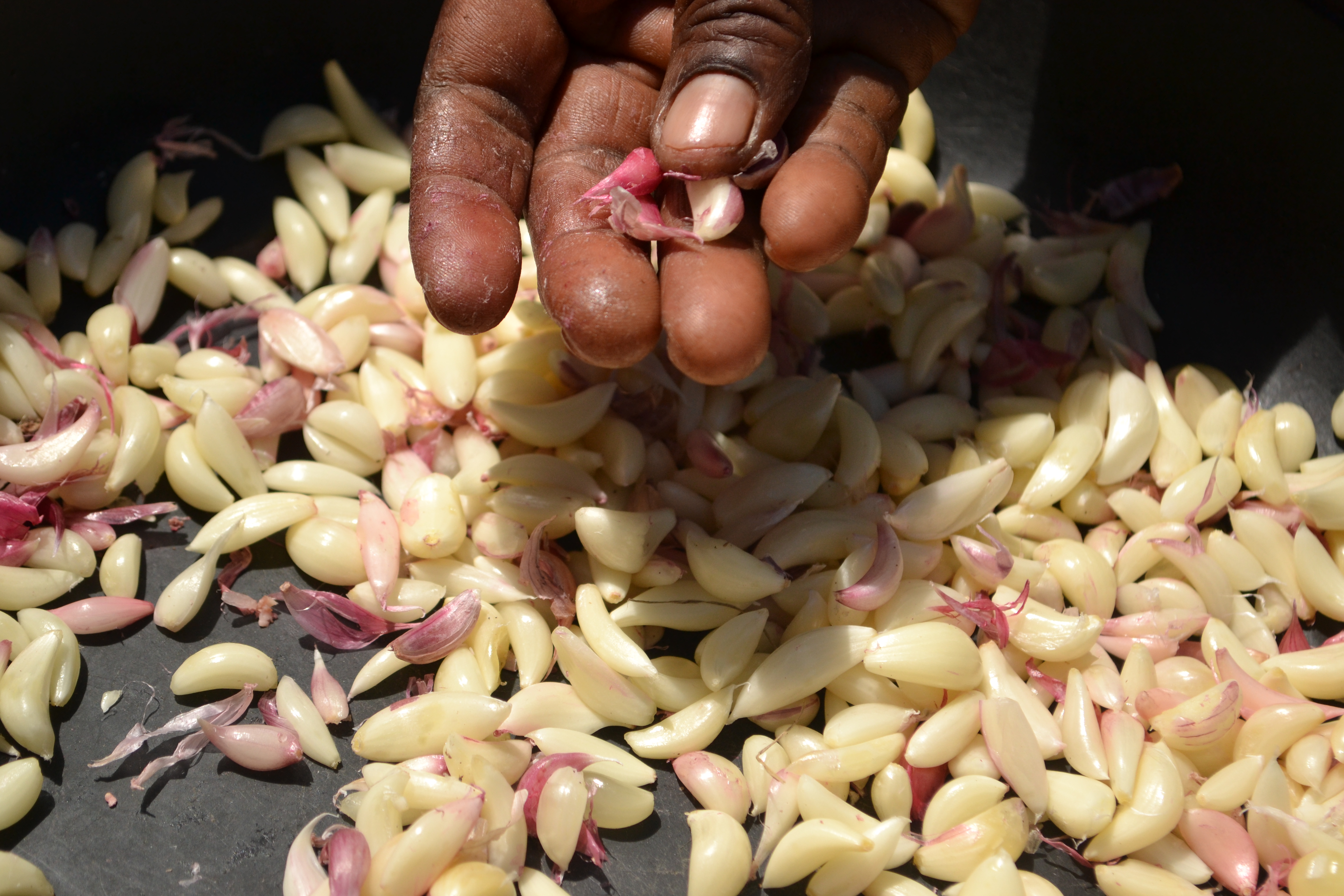 Mary has never been deterred by this uncertainty, but then again, she falls into the above category and does not have much of a choice. All her leadership roles are completely voluntary after all.

Her domestic responsibilities are not limited to tending the fields. Mary is the only one of her five siblings who lives at home, which adds the extra responsibility of assisting her parents, a great honour and tradition for young Tanzanian adults.

Exhausted from imagining her action-packed life yet? There is one more important detail; she has a 12-year-old daughter, Magdalena, who has just completed Form 7 — the equivalent of middle school — and will soon begin secondary school. Magdalena wants to be like her mother one day, a farmer who is a strong leader, Mary said with a smile only a proud mother can produce.

When asked what advice she would give young girls, like Magdalena, she answers swiftly and decisively: “Educate yourselves.”

The core of female oppression comes from lack of knowledge. Some young girls are not allowed to attend school, either because of cultural norms or lack of means to pay associated fees. These formative years are essential in shaping their life views, and without being exposed to new ideas the cycle persists.

The monetary demands of post-secondary school and subsequent constraints should not, however, always be seen as a burden. Mary’s secondary school diploma has allowed her to rise as a prominent member of the community — an ode to her character and the fact that you don’t necessarily need to go to school to excel. After all, learning often takes place outside the classroom.

The Bashay value addition training featured a gender awareness component led by Uniterra volunteers Laure Côté-Rabel and Audrey Gagné-Breton. One of the activities challenged the participants to reconsider their perceptions of traditional gender roles at home and in the workplace.

“We hope that it will generate discussions and debates in [their] communities between men and women, and increase the level of confidence of women as leaders.” Laure said. Deeply-rooted cultural norms, however, aren’t changed over night. It takes years of exercises like these to chip away at issues like this.

These conversations are difficult to indulge in a society dominated by patriarchy. It takes people like Mary to demonstrate young girls can break out of that cycle by persevering and challenging prescribed day-to-day activities.

“I am proud of where I’ve come, and I feel like I deserve it.” she said with finality.

No one can doubt Mary’s work ethic, nor can one contain the energy she brings to every room she steps foot in.

Participants of the training thank Mary profusely as the four day session comes to a close, excited to apply what they have learned. The genuine smile, full of hope and future, never waivers from her face. The farewell interactions embody everything Mary Nicola is and stands for. 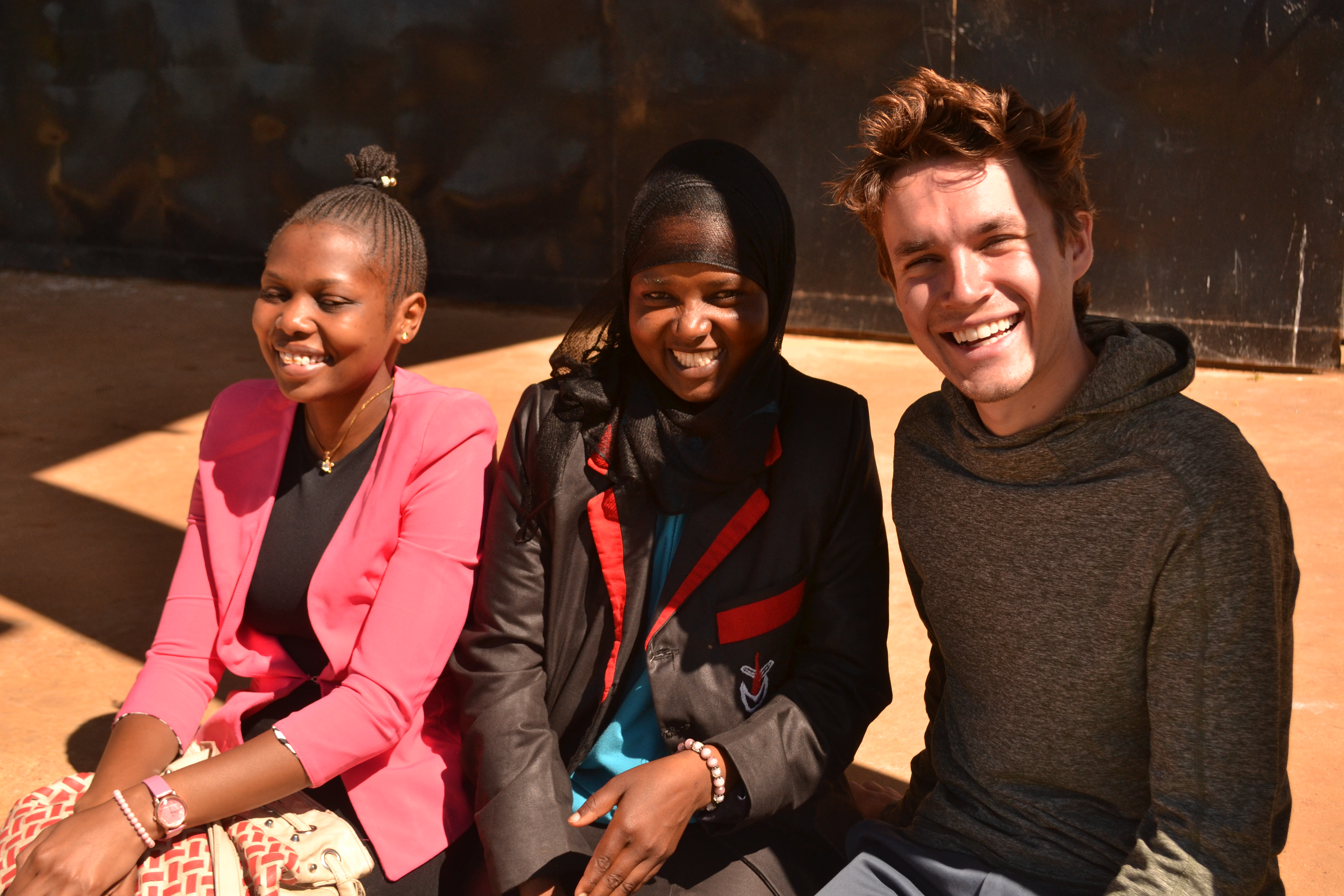