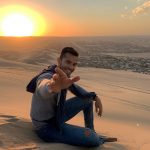 Agroecology in Ica, Peru: Connecting Peruvians to their land 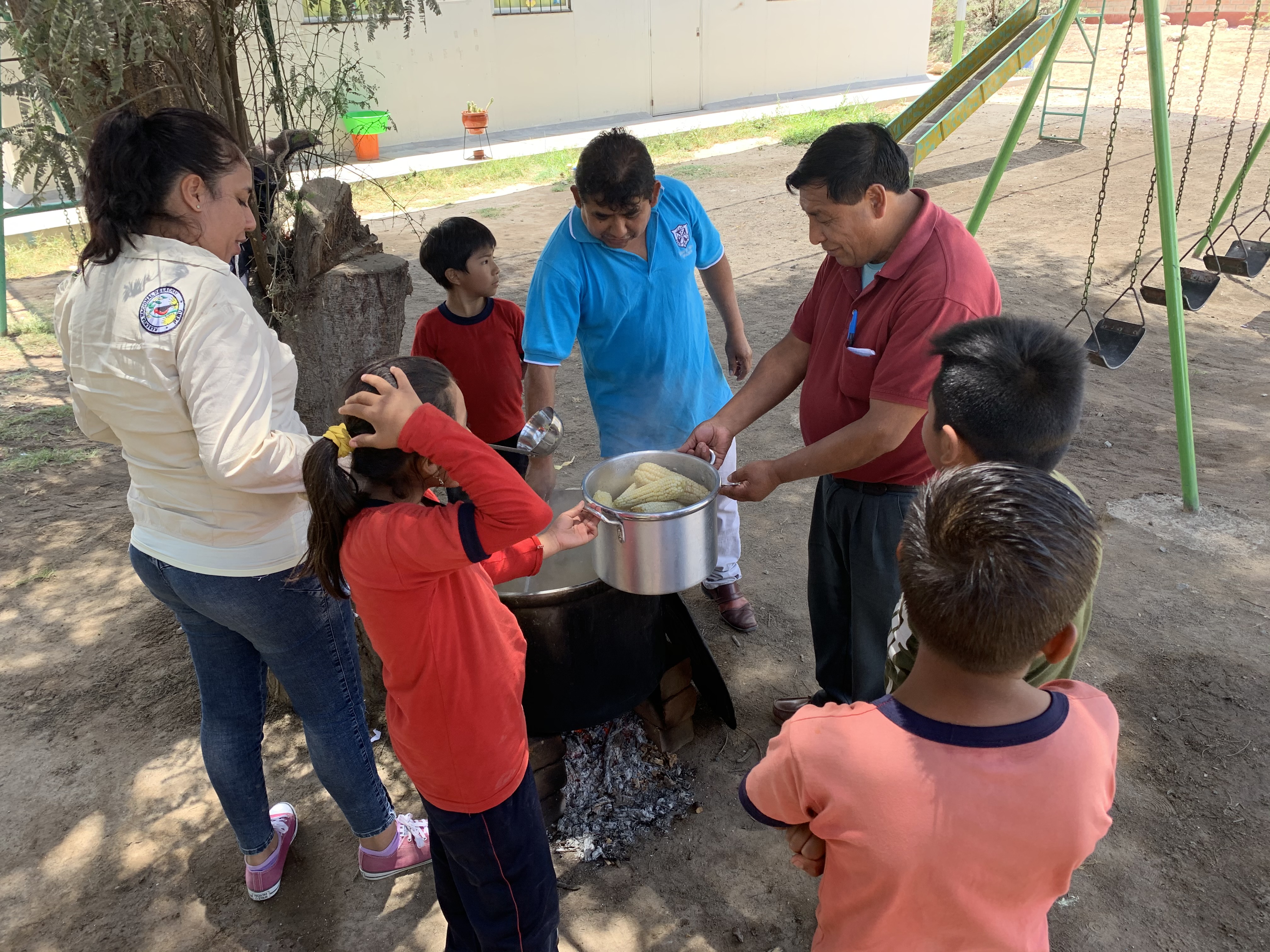 My name is Kealan Branellec, a student of the International Development Program at the University of Waterloo. I am currently working as an Environmental Officer with the Non-Governmental (NGO) Horizonte Corporativo in Ica, Peru.  I assist the organization to promote organic agriculture, the restoration of native plants and the conservation of biodiversity, which is the variety of life in a particular ecosystem, in communities and schools within the region.  With the climate of the coastal region of Peru being predominantly arid and its landscape adorned with towering sand dunes at the feet of the Andes, one would rightly assume that agriculture would be a laborious task and biodiversity to be lacking. This is further exacerbated by the exploitation of groundwater sources by large agricultural corporations and the evident impacts of climate change. This became evident when I arrived in Ica as I became more aware of the complex issues within the region surrounding nutrition and the lack of accountability in municipal governance and waste management .

While walking with Mr Tirco Rojas, director of Horizonte Corporativo, through one of the school’s native forests planted by students, I expressed concerns of the seemingly hopeless situation the developing nation face as it relates to poor waste management and biodiversity loss through agriculture.  In the face of such grand issues he identified the practice of agroecology as a core strategy employed by the NGO which could begin addressing environmental and social issues, in particular in the region of Ica. Agroecology is a multidisciplinary approach to agriculture that opposes the high yielding, resource driven and hierarchical approach of commercial agriculture that is void of an appreciation for biodiversity. The science and practice of this concept are known to be in existence since the inception of agriculture1.  Agroecology is a system of agriculture that works with nature and redefines the way we perceive land.

The efficacy of agroecology

I currently assist in reforesting barren areas in schools and delivering workshops on biodiversity to students. Through these experiences and continuous learning on my part I am becoming more familiar with the principles of agroecology which are founded on systems of agriculture that  value collective action and cooperation. Most notably agroecology is a system that supports ecology and places immense emphasis on the collaboration of various actors involved in the food system. Equally important, agroecology stands for social justice and social inclusion of indigenous and experiential knowledge from local farmers. At the forefront of agroecology are systems of social capital; the way the organization incorporates the involvement of youth and places them at the center of their operations is promising. Additionally, barren parcels of land are restored with native vegetation to promote local biodiversity and alters the perception of land in the mind of Peruvians. The involvement of students in agroecological practices alongside continuous education geared towards rectifying the malnutrition rampant in this rural region ensures that this practice will play a role in Ica’s food system.

My work experience here continues to help me appreciate the numerous benefits of agroecology I previously studied at the university. The organization maintains at the forefront of their operations an ethos which promotes that promotes culture and biodiversity. Emphasis is placed on planting native plants species as they are most suited to withstand the harsh local conditions and support biodiversity. This includes the Huarango tree (Prosopis pallida) that supports the growth of smaller fruit and leguminous vegetation which is an important cultural and ancestral symbol to Peruvians living in Ica. Another primary objective of the restoration initiatives in the schools and the wider community is to produce organic and nutritious foods without the application of harmful fertilizers. This is done for the students and by the students. They are actively engaged in the supply chain of the nutritious food they consume at the schools and this tremendously amplifies their appreciation for the care of the gardens. However, such practice is greatly limited by its inability to feed an exponentially growing world population in a timely manner. 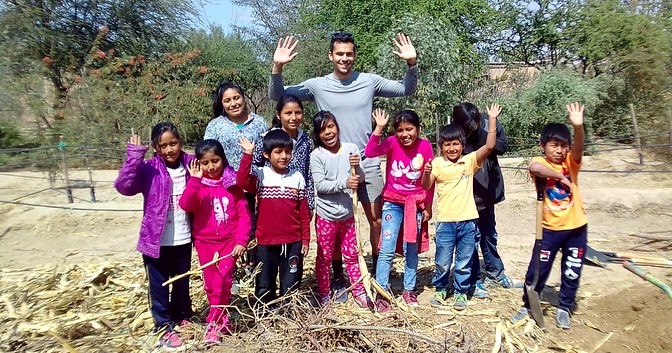 Community based and increased resiliency

My work experience in Peru has given me a greater appreciation for how impactful the direct involvement of the youths has directly impacted their relationship to the land and community. The plantation of small forests, leguminous and fruit plants in schools through restoration with the help of the students and professors aids the school community in procuring themselves with nutritious food to minimize malnutrition in the student population. Focusing on planting native plants species is a way to work with the local soil and environmental conditions to promote the resiliency of native biodiversity, not against it. Agroecology can bridge the gap that was created between the consumer and the land by commercial agriculture. The NGO’s initiatives show the students that they have a place in the food system and they in turn have a say in the way they produce their food, and the strategies employed are community based and facilitate the shift from dependency on unsustainable farming towards resiliency and self-determination. By placing their hands in the soil, the students are able to establish an immediate connection with nature and a sense of belonging within their community. Once barren lands now become platforms of health and social resiliency for the students of Ica and the community at large.

The community based and collaborative approach undertaken by the NGO in its operations emulates the qualities of agroecology which are self-actualization, resiliency of social and ecological systems and culture. Nature thrives in unpredictability and diversity as opposed to the conditions of uniformity proposed by large agricultural companies. Local communities and specifically students should not be excluded from the lands whose ancestors had intimate connections to. Sustainable agriculture states that local communities should be the custodians of the land and the guardians of its biodiversity, and that is what agroecology is all about. I Look forward to discovering the many other social and ecological benefits of agroecology in Peru and reflect on how we can utilize this system to reduce our dependency on commercial agriculture in the future. 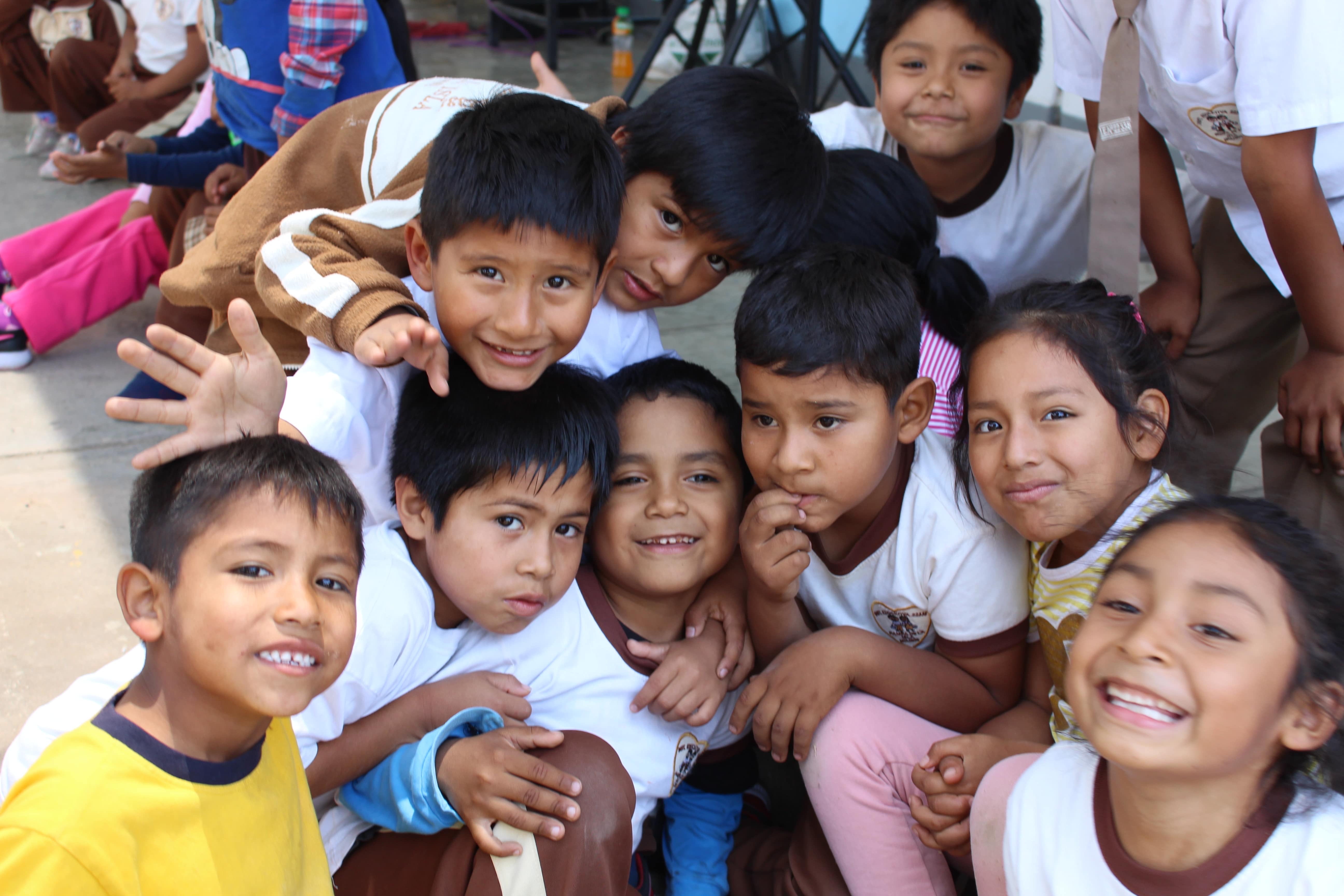 Healthy communities give way to a prosperous nation